The late Dee Hock, founder of Visa, was a business legend in many respects. Like many of the most revered founders, his ideas were years ahead of their time, and his writing is clear, concise, and super interesting. He famously organized Visa around a decentralized management model, in an era when the norm was the extremely centralized, hierarchical structure. Companies like Amazon, Johnson and Johnson, Uber, Valve Software, and others have adopted the same principles Hock pioneered to make their companies more resilient in the face of challenge. 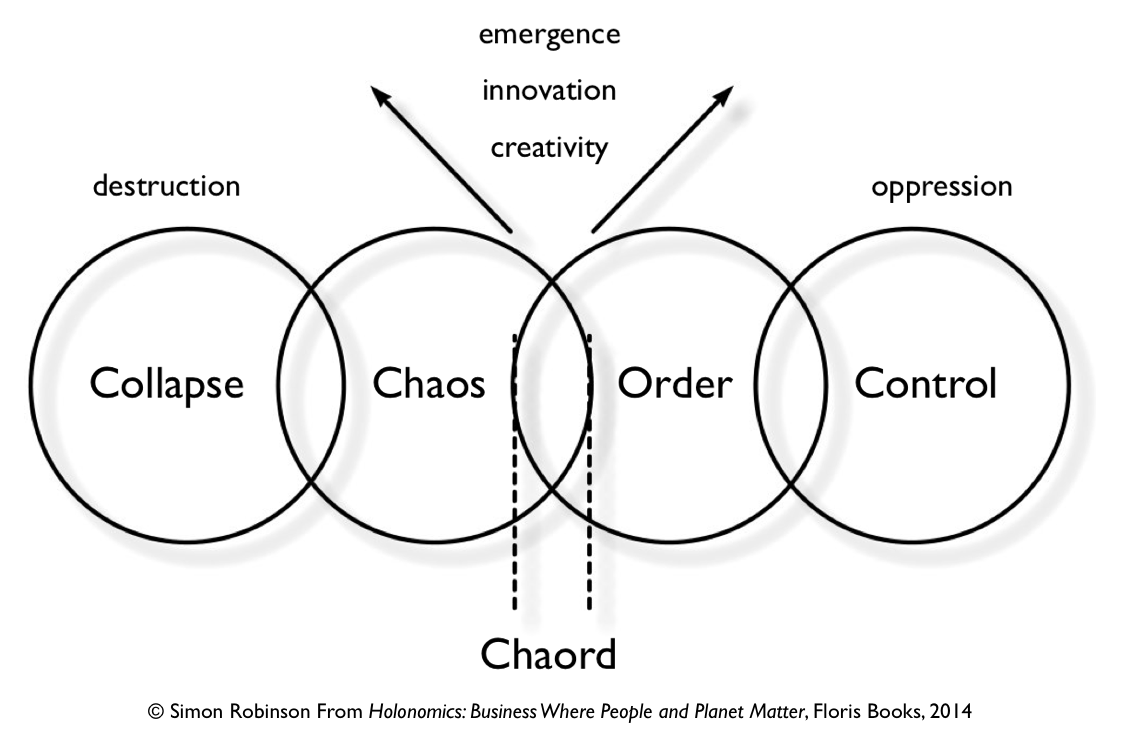 In 2000 he published a book called Birth of the Chaordic Age which described his thesis on systems that straddle a boundary between imposing order while embracing chaos — ”chaordic” systems. This essay sets out the central idea:

The production of goods and services has progressed from the Age of Hand-crafting through the Industrial Age, more accurately thought of as the Age of Machine-crafting, into the so-called Information Age, which can best be understood as the Age of Mind-crafting, (or as I prefer to call it, the Chaordic Age,) since information is nothing but the raw material of that incredible processor we call mind and the pseudo-mind we call computer.

In the Chaordic Age, where innovation and successful “adaptation” requires the leverage of individual minds, organizations need to embrace individual intuition and judgment to keep up. In the past, the primary goal of a corporation was to encode processes and decision-making criteria into the corporate structure itself — to eliminate the need for any particular person, and make the human beings interchangeable equivalent parts. Hock says in the future, this model won’t work:

In organizations of the future the centuries-old effort to eliminate judgment and intuition, art if you will, from the conduct of institutions will change. Organizations have too long aped the traditional mechanistic, military model wherein obedience to orders is paramount and individual behavior or independent thinking frowned upon, if not altogether forbidden. It will be necessary at every level to have people capable of discernment, of making fine judgments and acting sensibly upon them.

He was onto something. Business schools need to catch up.