I bought a Mavic Pro a couple weeks ago and just got a chance to take my first flights this past weekend. In short, it’s the most impressive technology product I’ve used in years. I’ve never owned any drone, so this is pretty cool for someone in the mapping industry. Let’s dive in. 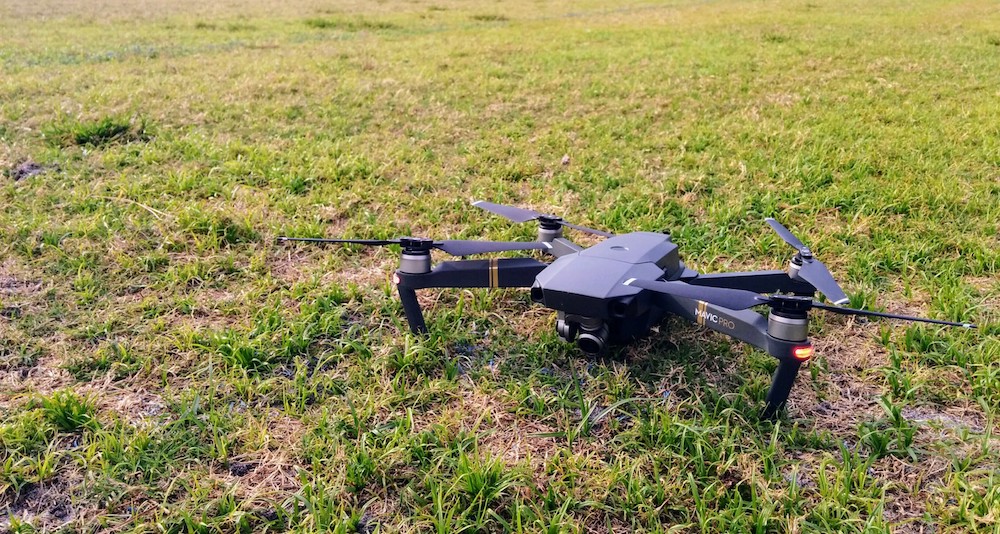 Since going out to fly aerial mapping missions with some partners of ours a couple months back, I wanted to buy one of DJI’s drones — either the larger Phantom 4 Pro, or the smaller Mavic. Extensive research led me to the portability and almost-equivalent technical specs of the Mavic over the P4. It’s so close in most of its capabilities, but the compactness of it is remarkable. I got the kit with the carrying bag, and it’s so small you could literally take it anywhere. I love the prospect of having this as a photography platform while traveling.

I did my first test flight in the backyard, plopped it down on the patio and kicked on the drone and remote control. Everything linked up right away and the DJI Go app was “Ready to Fly”. It’s so simple it seems like you’re doing something wrong. It feels like there should be more configuration. As long as you’ve got a clear GPS signal and you’re in “beginner” mode, you can just take off.

My first reaction was how easy it is to fly. You don’t have to do anything and the drone just hovers. Let go of the controls at any time and it stays put. The controller sensitivity feels smooth and intuitive; I was strafing sideways, rotating, and descending to create cool sweeping shots within 2 minutes. With a little practice you could do pro-level photography with this. Landing was just as easy: you descend where you want to land and as you approach the ground the drone halts at about 18” using its collision detection sensors. With another long hold on the left stick, it initiates the landing sequence and slowly touches down. I also tried the “Return to Home” feature, which is enabled as long as you let the drone get a good locked home location before takeoff. It’s so cool to see it work. The drone can be away from you and when you tap Return to Home on the app, the drone comes home and makes a smooth and careful landing. In a couple of tests it came home and landed in a 5-10 foot radius from the takeoff point.

Next is the software. The DJI Go app is what you use when you dock your device with the controller to get the live video, heads-up display, and settings controls, and it’s an amazing piece of software. I hadn’t used earlier versions, but in version 4, you can control everything from the app. The video feed from the drone and the HUD view of all the needed metrics looks great (altitude, bearing, distance). Triggers on the sides of the remote snap photos and start recording video. DJI has honed the system down to the simplicity of a video game. I’ve only done a couple of flights, but the video and photo quality is excellent. 4K video from this tiny airframe and camera is a stunning feat.

One of my flights was in about 15 knot winds, and the little guy held up well. The camera’s gimbal was rock steady even in breezy conditions. I noticed a tiny bit of jitter when flying into the teeth of the wind, but not enough to make a difference. I flew one mission of aerial imagery with DroneDeploy, but will dive deeper on that in a future post when I can do more flights.

A few other things on the docket to try: