With all my commitments each day between work life, kids, and other things, it’s hard to fit exercise into the schedule. Combine that with the struggles I have personally with rising before the kids to get running in, and the only option left is running at night.

For the past 9 months or so I’ve been pretty consistently running at night time after the kids are asleep — anywhere between 9 and 10:30pm. I actually enjoy it, even though it took a while to get comfortable making that commitment to still get out of the house that late. It’d be easy to be lazy and “too tired” to go. That does happen occasionally, but I’m usually pretty good about keeping myself honest if I mentally commit to doing it earlier. As we move into summer, night running is also essential to help keep good pace and avoid the brutal Florida sun and heat.

Most of the miles I’ve done late were down on the waterfront toward downtown St. Pete. There’s a nice set back trail down there which is well-lit, so safety and visibility never worried me that much. After the move though I’m running mostly in the neighborhood where the street lighting is a lot less consistent and the sidewalks aren’t always great. I posted last week about the headlamp I got, which I tested out last night: 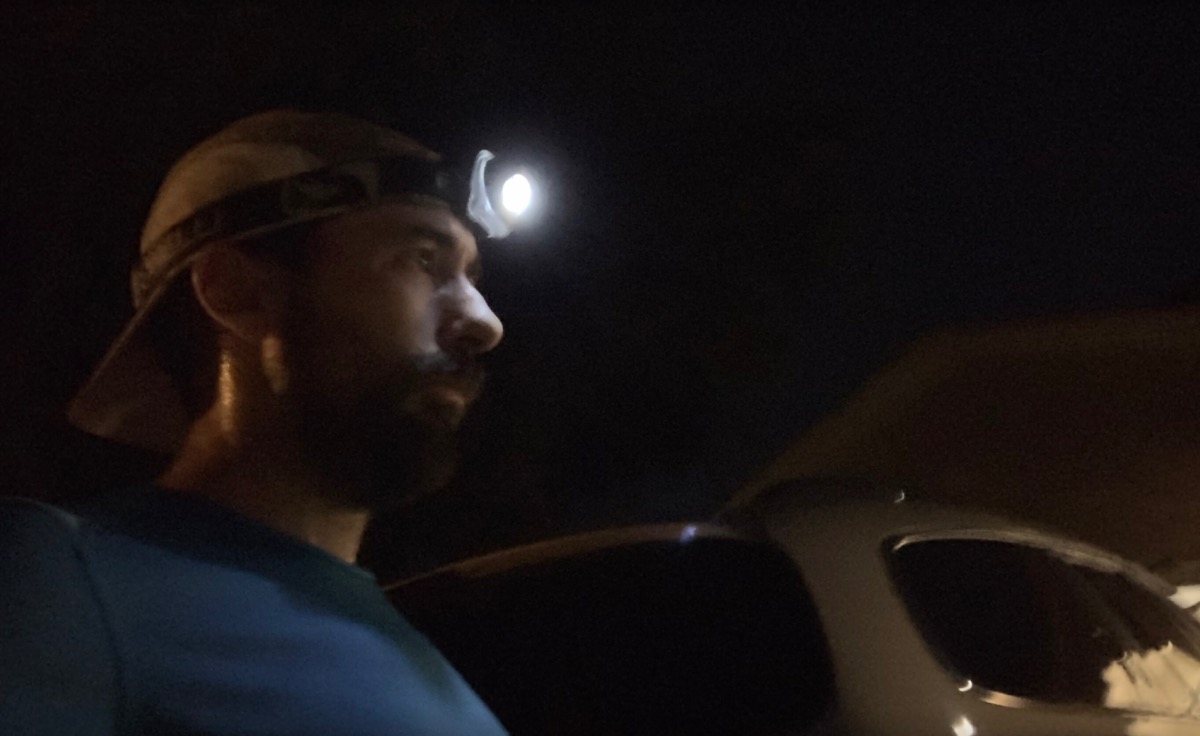 It worked great — comfortable to wear, plenty bright without being overkill, and adjustable to point down in front of me for good visibility. Today was a 90 degree heater, so it feels good to have an added level of safety for keeping up the night runs where I can get in miles without melting in the sun