Places: Remnants of an Ancient Lake

Lake Chad spans 4 national borders in the central Sahel: Niger, Nigeria, Chad, and Cameroon. Since the 1960s it’s shrunk to about 5% its ancestral size, due to overuse, mismanagement, and climate shifts. 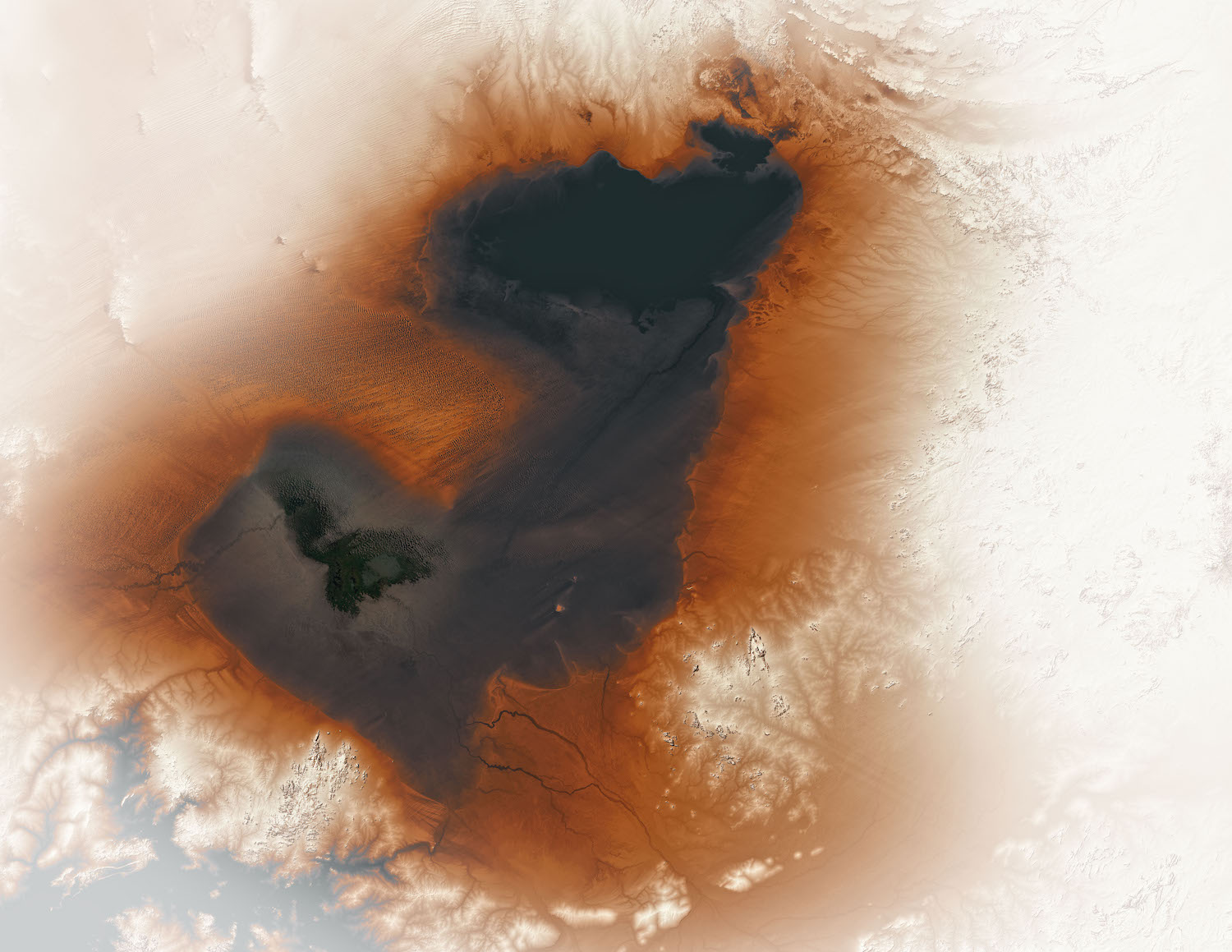 This NASA photo uses SRTM data combined with Landsat 8 to highlight the edges of the basin that was once the size of the Caspian Sea:

About 7,000 years ago, a vast lake spread hundreds of square kilometers across north-central Africa. Known to scientists as Lake Mega Chad, it covered more than 400,000 square kilometers (150,000 square miles) at its peak, making it slightly larger than the Caspian Sea, the biggest lake on Earth today.

Modern Lake Chad has shrunk to just a fraction of its former size, but evidence of the lake’s ancient shorelines is still etched into desert landscapes — hundreds of kilometers from the shores of the modern lake.

If you look at the Lake today on Google Earth, you’ll see some amazing landforms where the Saharan dunes transition to swampland on the shores of the basin. There’s some incredibly high-resolution data in that region: