The Kalevala and the Underworld

I just finished Robert Macfarlane’s Underland, a book about all things “underworld” — catacombs, cave exploration, underground rivers, tree root networks, and geologic time. He ties these stories together with historical backgrounds of each place, globetrotting from the Slovenian Dolomites to Greenland to Norwegian ocean caves. It’s an excellent read. Highly recommended if you like nature writing and narrative nonfiction!

In the final chapter he visits the west coast of Finland, specifically the Onkalo spent nuclear fuel repository, a 500m deep network of man-made caves designed to house up to 6,500 tons of spent nuclear fuel rods for 100,000 years. Here and at other locations like Yucca Mountain, mankind is inserting its own strata into the geologic record. The author describes the lengths the architects go to to protect future generations from the lethal material buried within. To reach the deadly uranium cache, you’d bore through layers and layers — granite, gneiss, bentonite, copper, iron, zirconium. Layers of protective housings to keep in the radioactive waste. 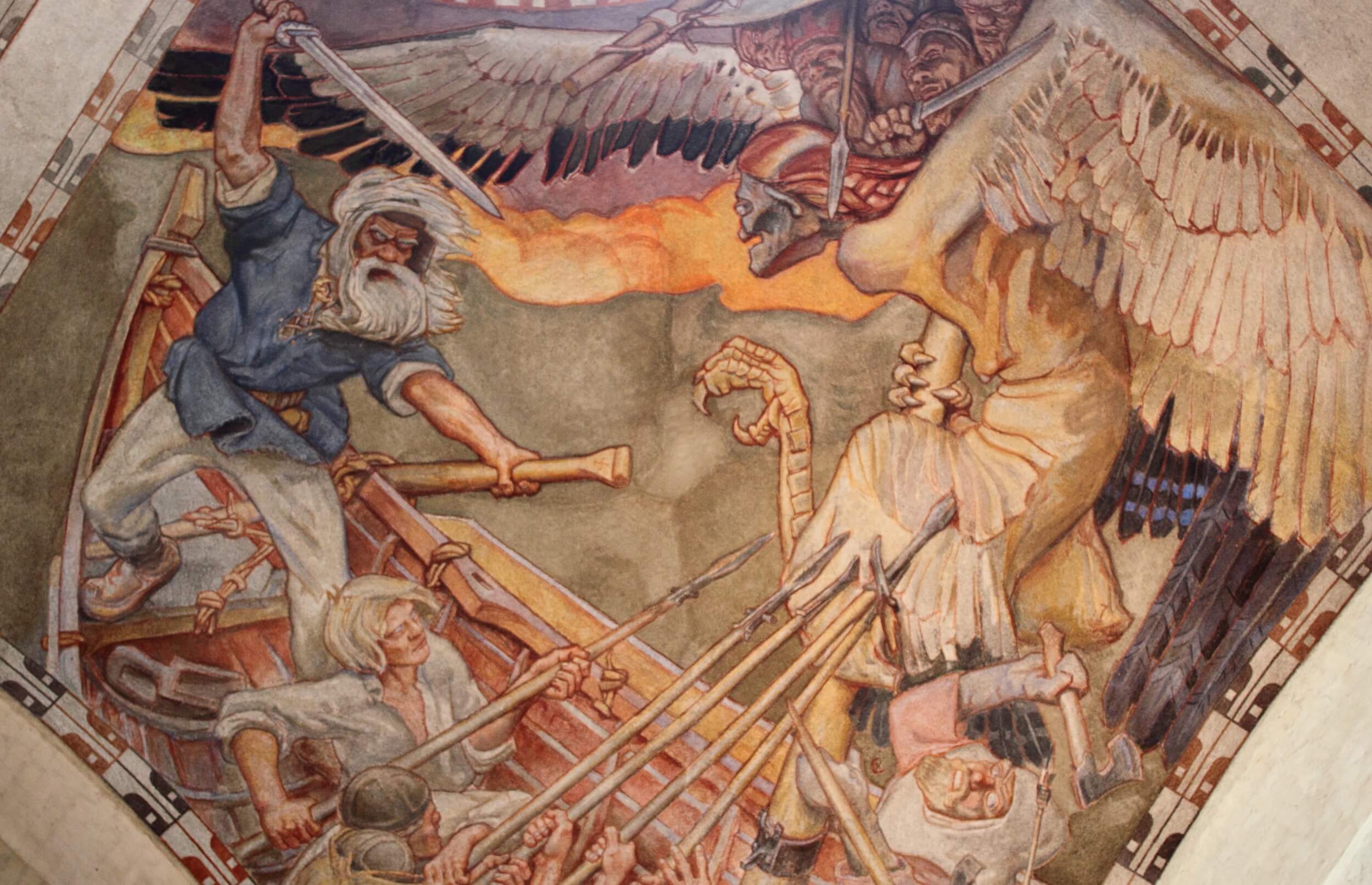 But the strangest aspect of the story involves a collection of Finnish folklore called the Kalevala:

The Kalevala is a long poem of many voices and many stories which — like the Iliad and the Odyssey — grows out of diverse and deep-rooted traditions, from Baltic song to Russian storytelling. It existed chiefly as a mutable oral text for more than a thousand years, until in the nineteenth century the Kalevala was collected, edited and published by the Finnish scholar Elias Lönnrot, giving us the mostly fixed version we now have.

There’s a story in the Kalevala about a hero called Väinämöinen, who has an underground encounter eerily related to what’s happening today at Onkalo:

Partway through the poem, Väinämöinen is given the task of descending to the underland. Hidden in the Finnish forests, he is told, is the entrance to a tunnel that leads to a cavern far underground. In that cavern are stored materials of huge energy: spells and enchantments which, when spoken, will release great power. To approach this subterranean space safely Väinämöinen must protect himself with shoes of copper and a shirt of iron, lest he be damaged by what it contains. Ilmarinen forges them for him. Clad in these insulating metals Väinämöinen approaches the tunnel mouth, which is disguised by aspens, alders, willows and spruce. He cuts down the trees to reveal the entrance. He enters the tunnel and finds himself in a deep ‘grave’, a ‘demon lair’. He has stepped, he realizes, into the throat of a buried giant called Vipunen whose body is the land itself.

Vipunen warns Väinämöinen not to bring to the surface what is buried in his caverns. He speaks of the ‘grievous pain’ of excavation. Why have you entered ‘my guiltless heart, my blameless belly’, Vipunen asks, ‘to eat and to gnaw / to bite, to devour’? He warns Väinämöinen that he will end up visiting terrible violence upon humans if he continues on his course, that he will become ‘a windborne disease / wind-borne, water driven / shared out by the gale / carried by chill air’. He threatens to imprison Väinämöinen by means of a containment spell so powerful that it is unlikely ever to be broken.

How does a centuries-old Finnish myth sound like it presages something dangerous buried underground in the 21st century? There’s even reference to copper as protection, and carrying a “windborne disease.” Ancient myths contain more practical knowledge than we think. It’s no wonder theories abound about aliens visiting earth in the past, or about advanced civilizations being around 50,000 years ago.