My most-used app on my iPhone is easily Wikipanion, the app I’ve used for a decade for reading Wikipedia. It’s one of the first apps I remember downloading and using heavily when the App Store launched. It’s probably one of the first apps I purchased the paid version of. I probably do 10 or more Wikipedia searches per day on average just from my phone. So adding that up we’re talking tens of thousands of articles browsed from this app. It’s always had top billing on my home screen.

But I’ve noticed over the past year or so it being slow to load, slow to focus the search box when I pop it open to look something up. It wasn’t bad enough to warrant disrupting a 10 year old habit, but I thought I’d take another look around to see if other Wiki apps had gotten better.

Some of the other alternatives out there like V and Wikiwand look great, but to me they prioritize form over function. I’m almost always in it to read text and get as much information on the screen as possible. Presentation needs to be good, but utility and performance are priorities. 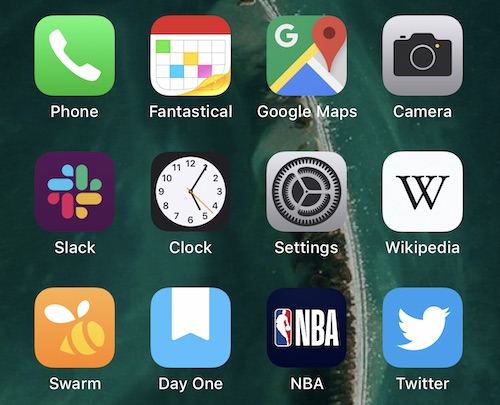 Which brings me to what I’m trying out now. For a long time the first-party Wikipedia app from the Wikimedia Foundation was subpar. I don’t recall specifics of why I never got into it, but I’d tried it multiple times and just couldn’t get used to it. I reinstalled it a week ago and it beats out all the other options easily.

It’s got plenty of settings to tweak the experience, a bookmarking feature, a “read later” queue, personal browsing history, and most of all, speed. A nice bonus is a front-and-center “Places” view to display geocoded articles on a map. It’s also open source. The “Explore” view is also excellent — one of my favorite aspects of using Wikipedia on desktop browser is the discoverability of interesting things.