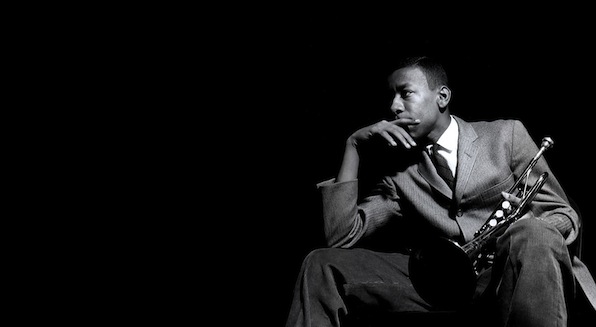 Jazz is a genre of music I never used to take seriously. When I started listening to decent music around junior high (very little of it was “good”), I would mentally lump jazz music in with the standards and classical pieces — the “music we play in band class” genre. I was even an alto sax player, but had next to no interest in learning the history of the music, or a desire to understand its styles, structure, or theory. Early in college, something turned me on to the records of Coltrane and Herbie Hancock, and since then all forms of jazz have been a consistent part of my listening habits.

Since I started heavily using Rdio at the start of this year, I’ve found it to be a fantastic way to get back into listening to jazz music. Over the past six months, I’ve wound my way through the catalogs of a dozen of the early jazz innovators, curating playlists of favorites. Rdio is a great service for library-building, and the depth and scope of the form over a century of recordings makes it particularly useful for jazz.

As an art form and culture, it’s incredible how intertwined the evolution of jazz is with 20th century American history.. As the most popular form of music up until the mid- to late-1940s, it’s no surprise that the music followed (and in some cases defined) periods of American lifestyle. Swing music came of age during the postwar 1920s, and became even more popular as an escape from the depression of the 30s. Bebop came on the scene during the late 1940s and 50s as a rebellion against the “commercial”, mass-produced swing records. Hard bop and free jazz grew along with the turbulence of the 60s. As a history buff, all this music got me interested in learning more about the players in the jazz scene, who influenced who, the personal relationships between artists, and how the styles evolved over the past hundred years. I’ve read a couple books on jazz musicians, but I wanted a good primer from start to finish. So Colette and I watched Ken Burns’ Jazz documentary series over the past month.

My exposure to jazz was always limited to the music itself, and some small bits of reading about the individuals (the prominent players like Miles Davis and Coltrane). What I’d been looking for is that comprehensive history — something to link the personalities to one another, and to trace the lineage of the music’s stylistic evolution. Jazz does a fanstastic job here, collecting the key moments, like Louis Armstrong’s recording of West End Blues as an iconic moment in Chicago jazz, or Coleman Hawkins’ rendition of Body and Soul that broke the trends of tired swing. The stories of interrelationships between artists also provide that context, painting the picture of how one style led into others. Listening to the music on its own leaves out the rich added layers you can get from understanding, for example, the impact of Count Basie bringing bluesy Kansas City jazz to New York for the first time. That context of the average New Yorker’s reaction to the novelty of Basie’s sound makes listening to his music that much more enjoyable.

The producers use the lives and careers of Louis Armstrong and Duke Ellington to provide a thread to link each era back to its original roots. Both Armstrong and Ellington were legendary players, composers, and entertainers. As two definitive anchors whose careers span the majority of the 20th century, their paths provide that backdrop against which to contrast the ever-growing and evolving ideas in jazz.

The best parts of the series, without a doubt, are the stories told by the artists themselves. Guys like Dave Brubeck, Artie Shaw, Ron Carter, and Herbie Hancock reminisce about particular recordings, memorable jam sessions, and on the talents of their contemporaries.

The show isn’t without issues, by any stretch. For a 12 episode, 19-hour epic series, it’s a shame that we don’t reach the bebop era until episode eight. The lion’s share of the program’s running time is spent on the swing era of the 20s and 30s. Soul jazz and fusion are almost completely omitted, save a couple of short clips, and the legendary work of Alfred Lion and Blue Note during the 1960s isn’t even mentioned a single time. Factors like this don’t ruin the show’s impact for me, but it sells the entire genre short to slice off such an influential period in all music, not just jazz. Much of what began as jazz fusion evolved into and influenced funk and hip-hop. Wasn’t a deal-breaker for the show, more of a letdown not to get to see a well-produced and organized documentary about my favorite period. The Blue Note hard bop records of the late 50s to mid-60s have always been my favorites, and again, these were almost swept out of the way.

Overall, I highly recommend Jazz. It gave me an appreciation I never had, and makes the music even more enjoyable.