I’m an airplane window seat guy. So when on a flight with good views, I end up gazing out the window for most of the time and capturing my own aerial imagery.

Our Monday flight from Fort Lauderdale to San Juan took us over the Bahamas, so I got some nice scenery to look at during the trip. The first batch was over the centerline of the Bahamian chain, next over Turks and Caicos, then a gap of ocean north of Hispaniola until reaching Puerto Rico.

Here are some of the best shots, with captions for reference.

Not long after take-off you first see the massive island of Andros on the west side of the island group. It’s land area is greater than all of the other 700 Bahamian islands combined. There are so many islands scattered across a huge area (about the area of Florida) that make up the Bahamas. 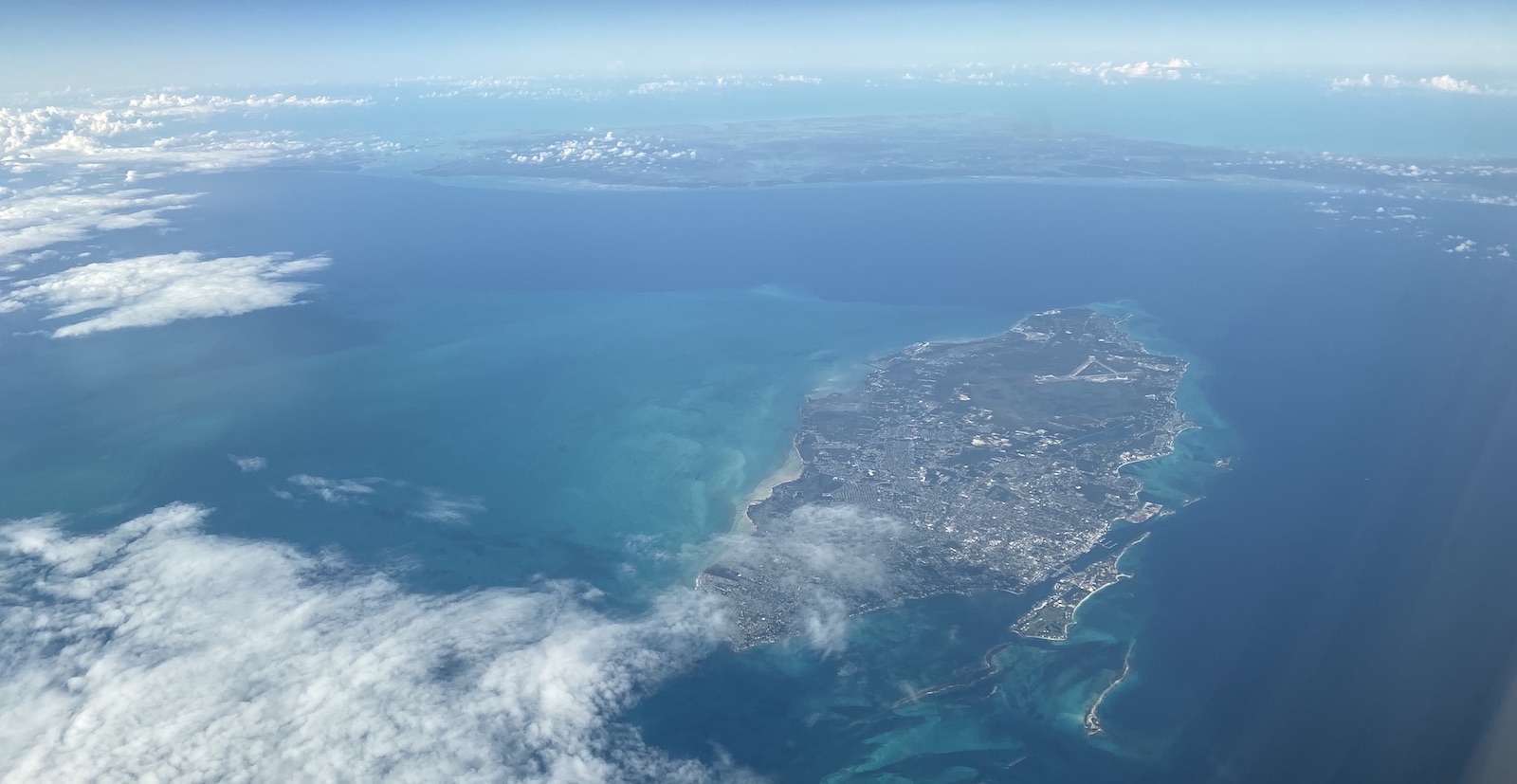 New Providence with Andros in the background 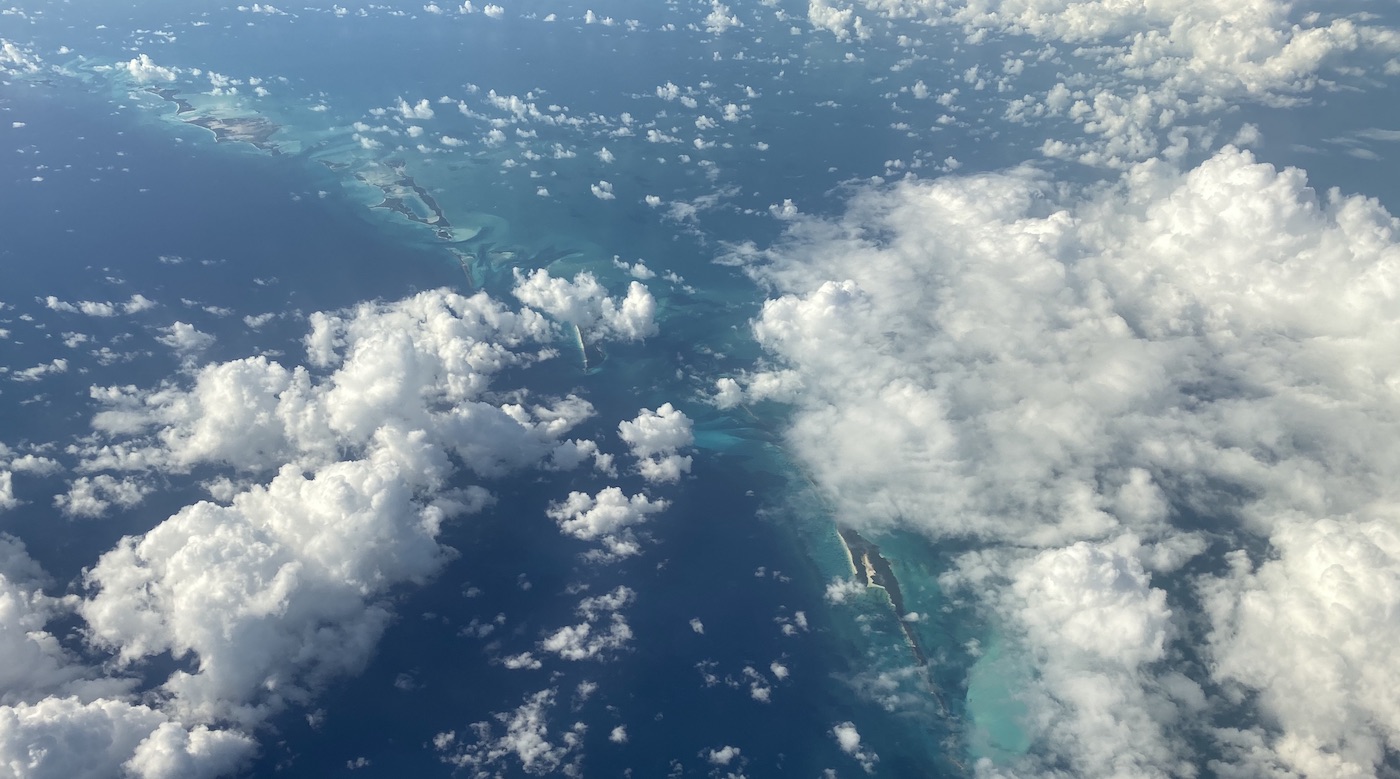 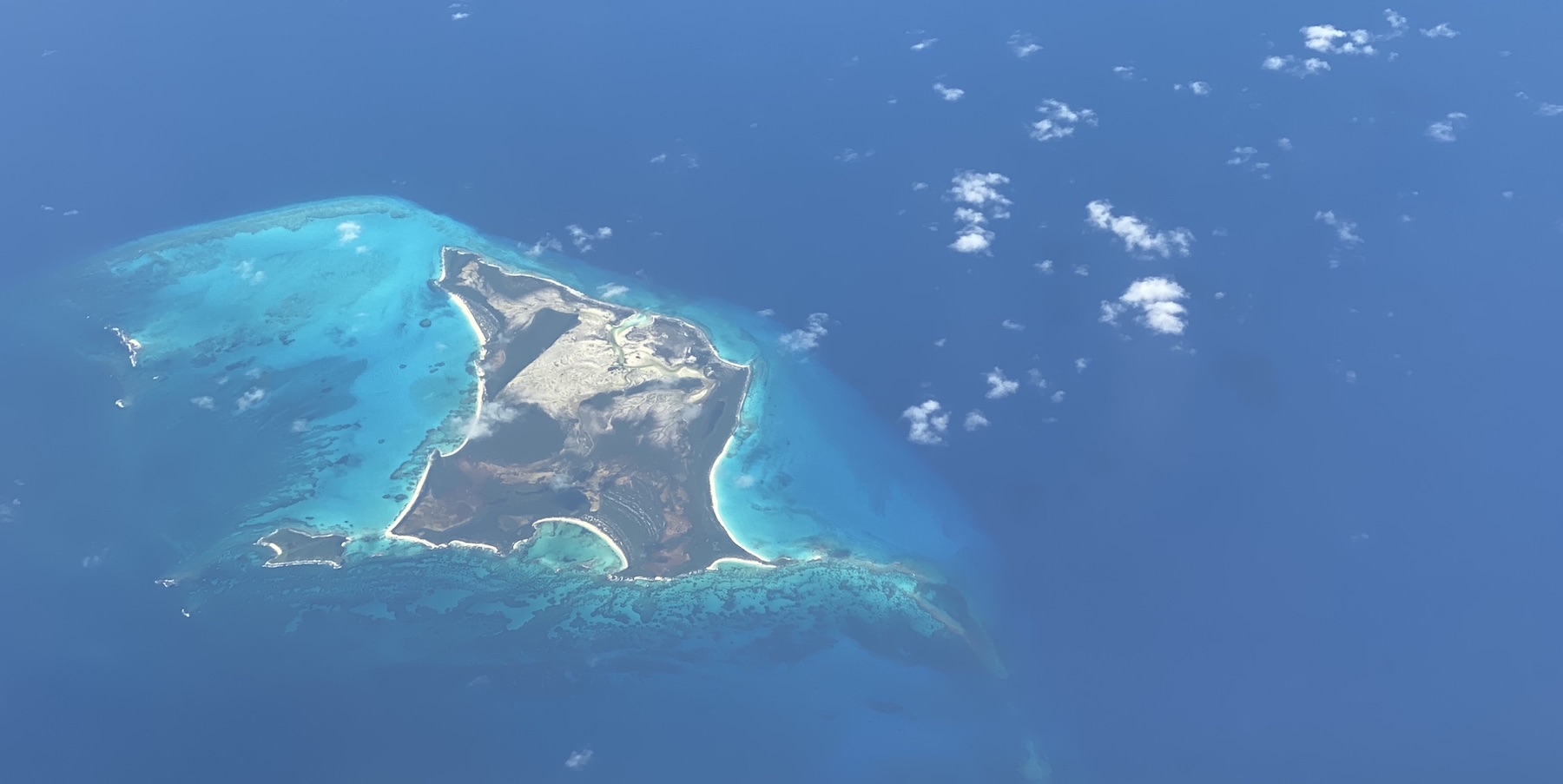 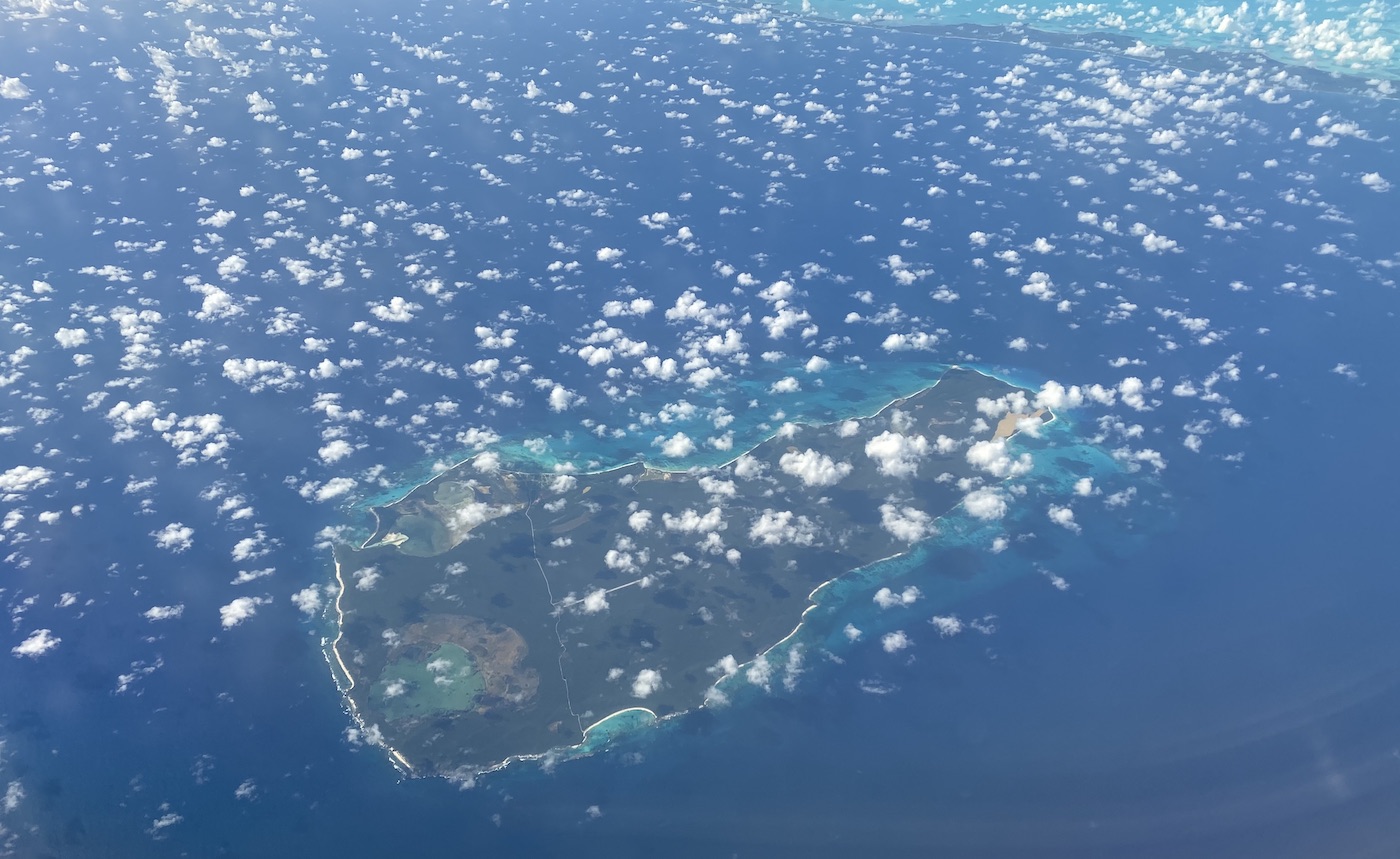 Turks and Caicos is actually a British territory, not its own sovereign nation. I didn’t even remember how close it was to the Bahamas until looking at the map. Most of the people live on Providenciales in the larger Caicos group, and more on the much smaller Grand Turk island. 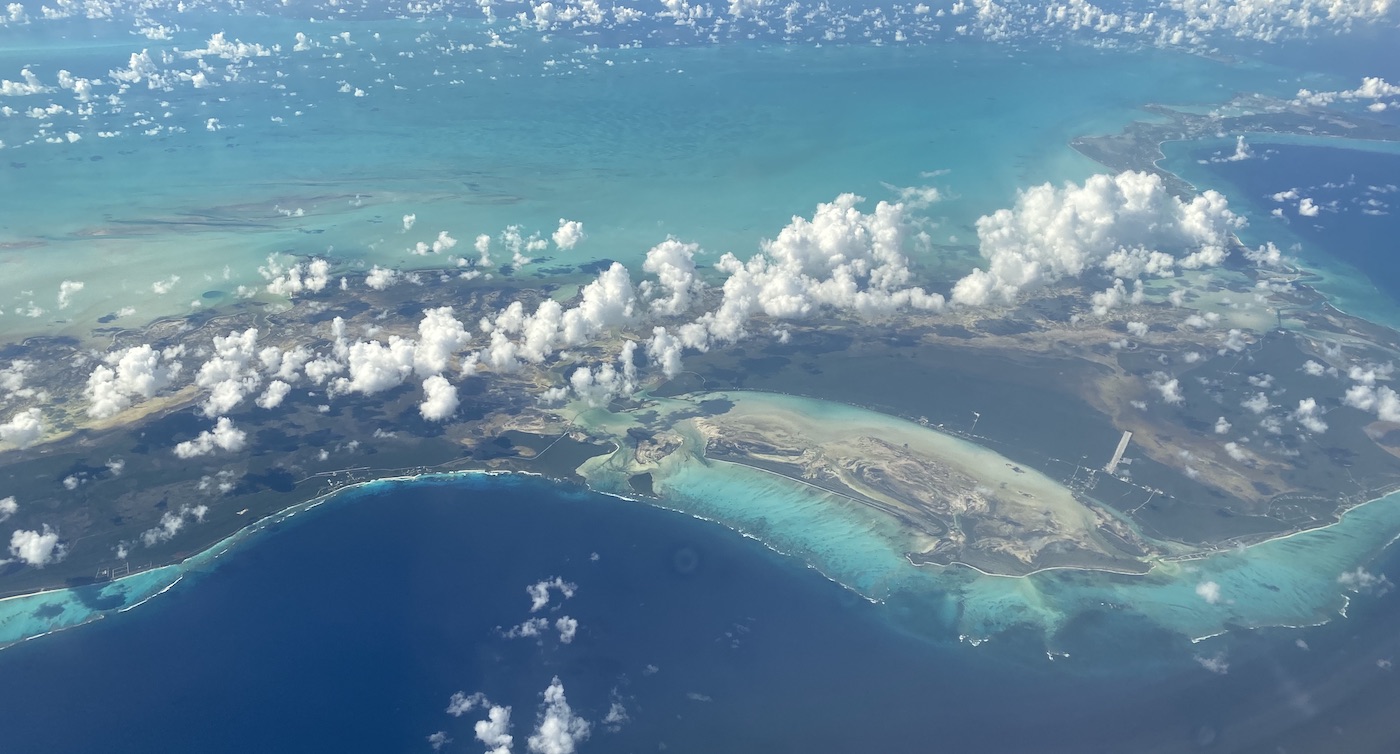 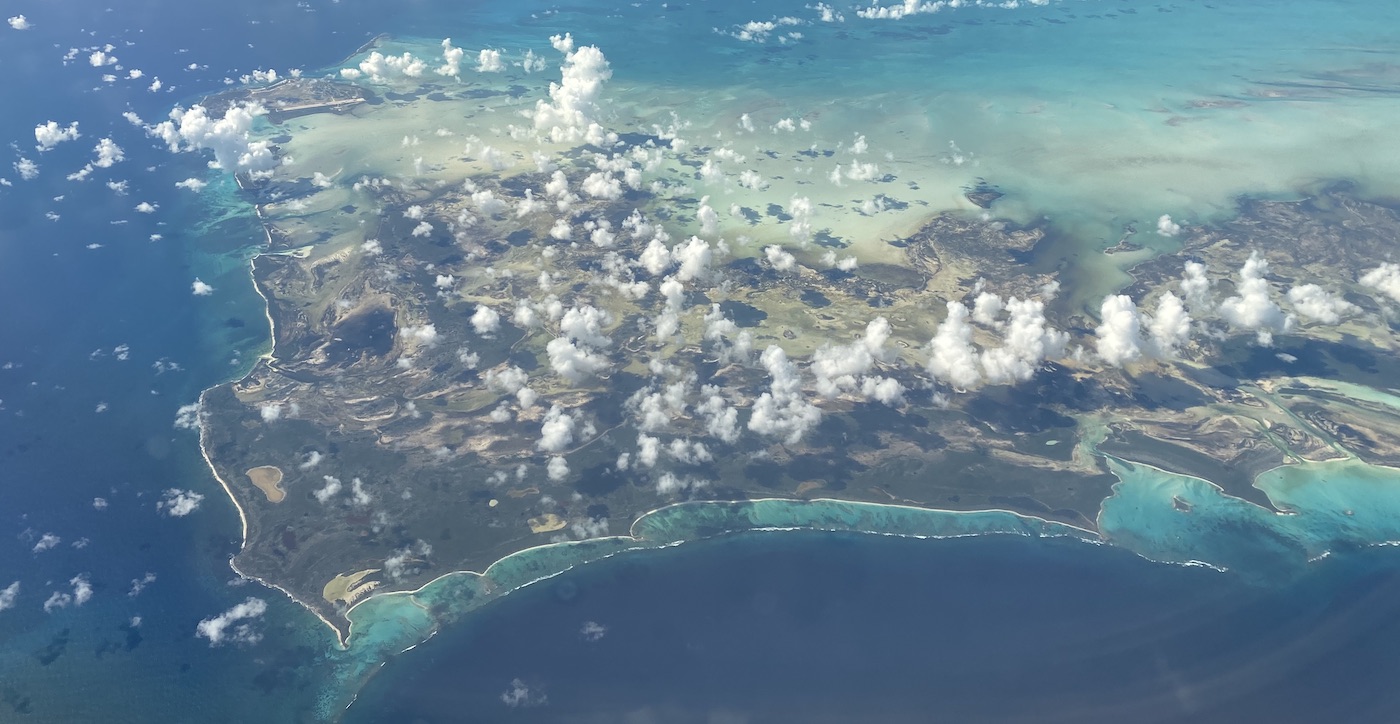 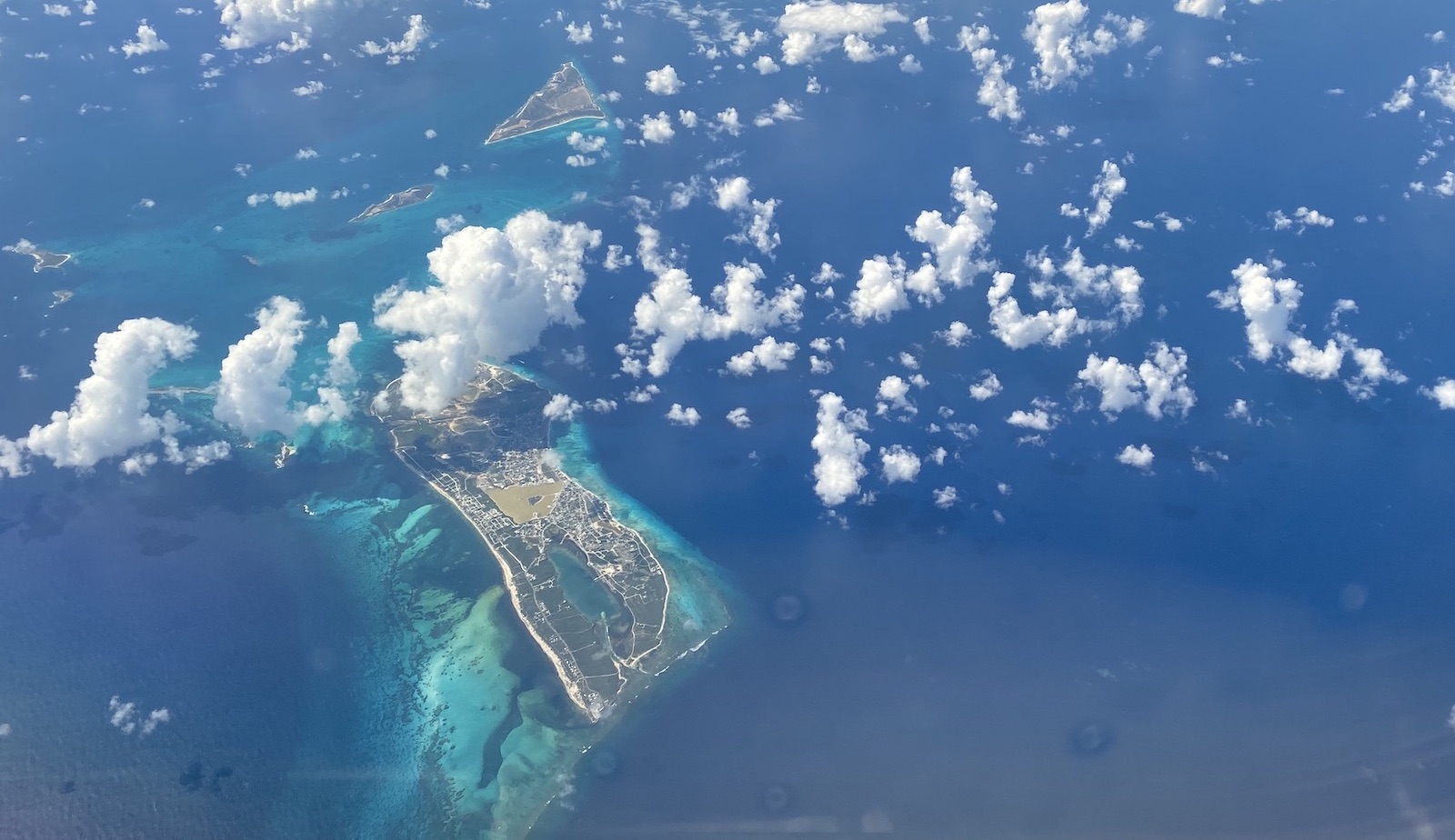 An hour or so later we saw the coastline of Puerto Rico, flying right over downtown San Juan on the way in. 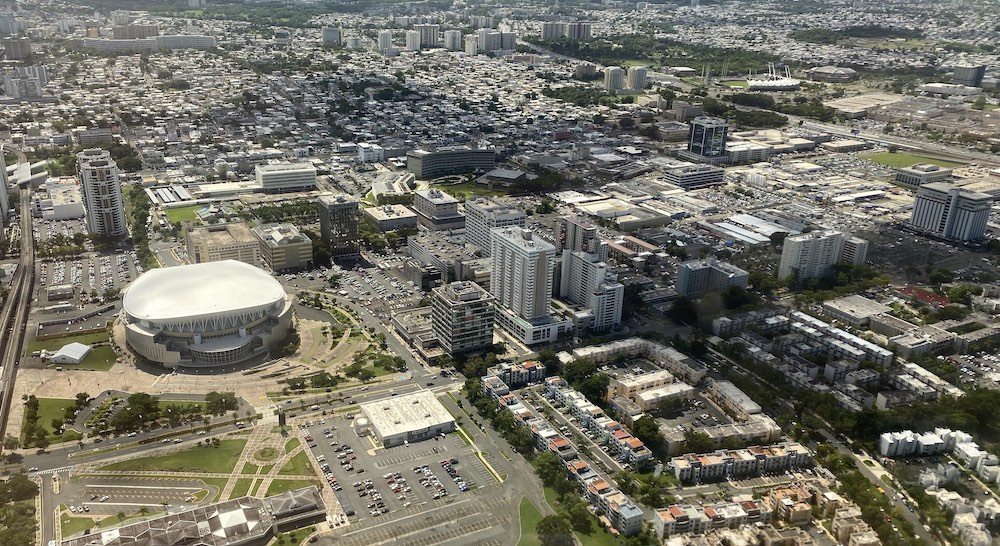