I haven’t done a book roundup in a couple of years. This year was more fiction than non-fiction, and my near-term list will probably continue that trend. 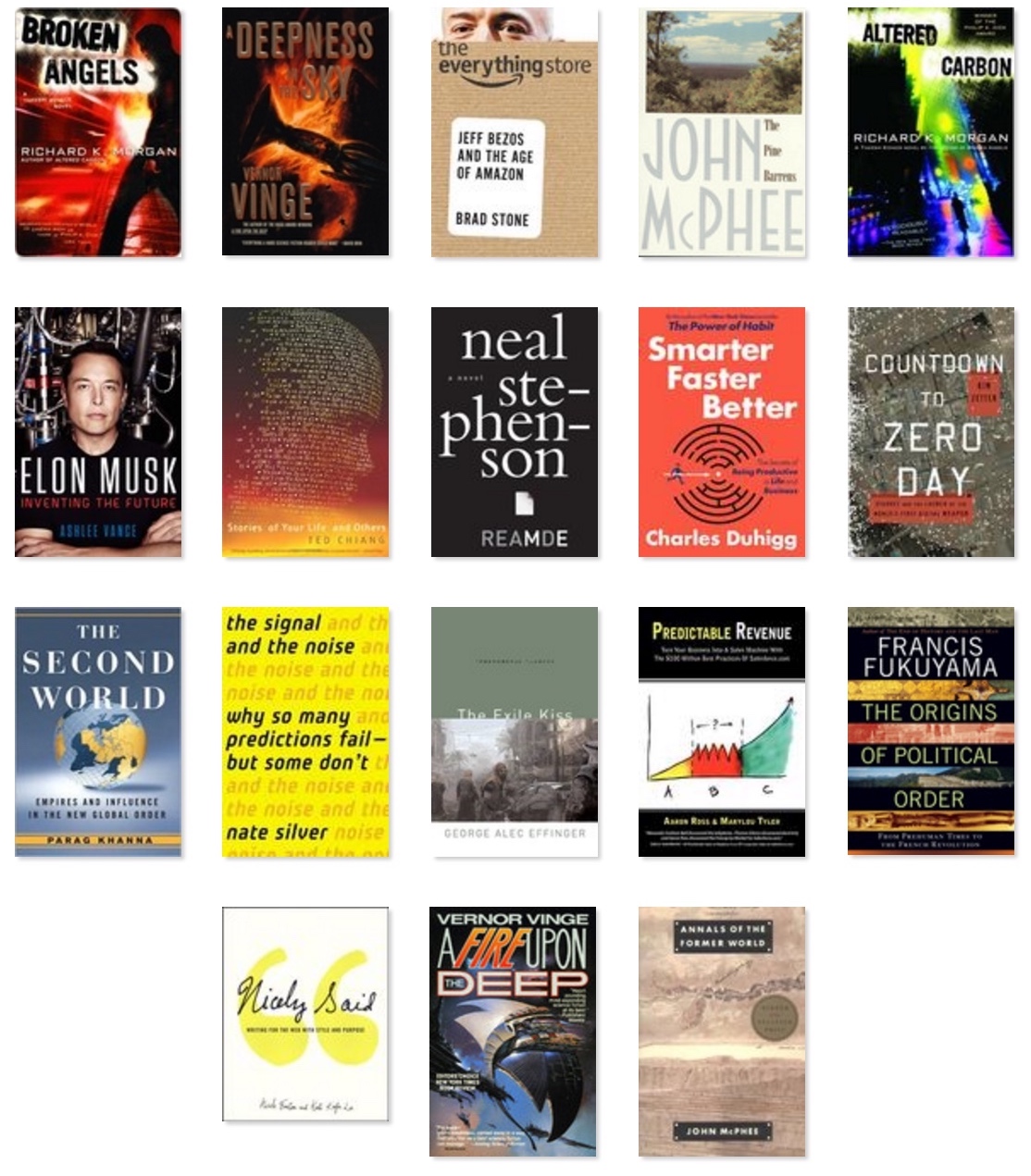 Top of the list for sure was this epic work from John McPhee. I wrote about this one in detail earlier this year. It’s a natural history of North America, told in 4 parts as McPhee travels with renowned geologists across the continent along I-80. Each part features a distinct aspect of geology — the Nevada basin and range, plate tectonics, glaciation and the Ice Age, Rocky Mountain uplifts, erosion in Appalachia, and the volcanism of Yellowstone. It’s an awesome example of narrative non-fiction to explore esoteric subject matter like geology. Couldn’t recommend it highly enough.

Westworld captured the zeitgeist of TV over the fall of last year. Its timing is just right to capitalize on the paranoia and unknown of what is now no longer science fiction: the development of artificial intelligence we now encounter in everyday life. While Morgan’s Altered Carbon isn’t really about AI specifically (though AIs feature heavily as characters), there are concepts he was writing about in Carbon that fit right in with much of the science as presented in Westworld. 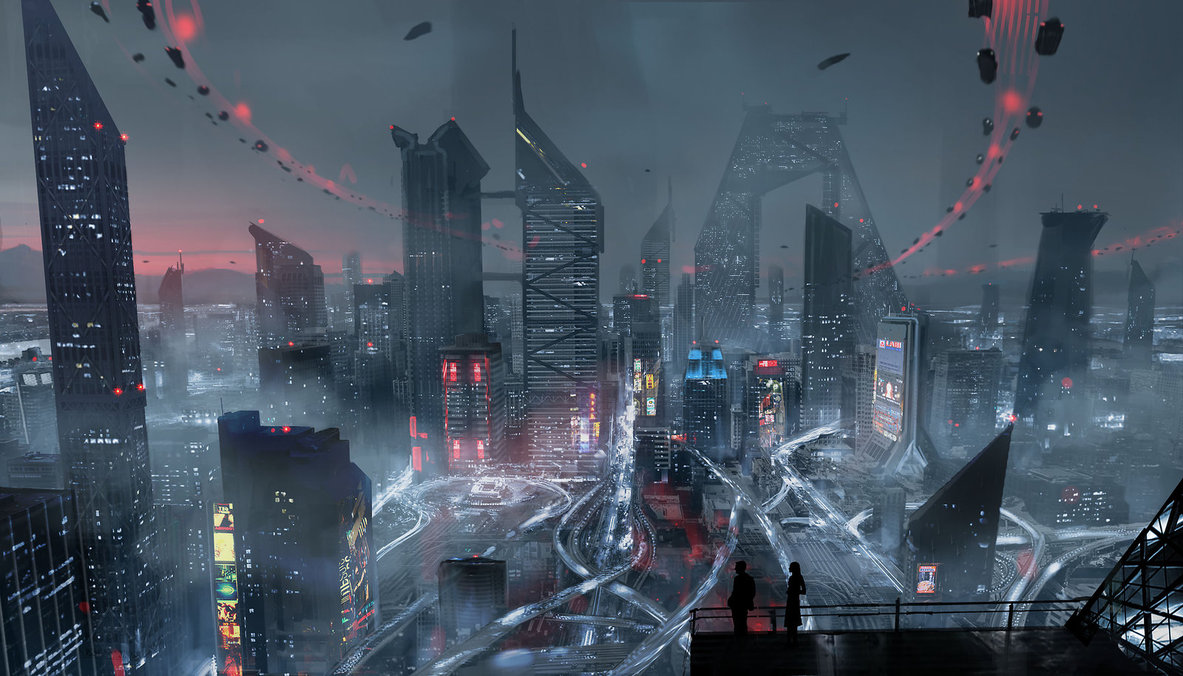 Morgan wrote a trilogy featuring his antihero protagonist Takeshi Kovacs, a super-trained mercenary soldier in a 25th century future. A foundational concept of this universe is that humans have developed the ability to digitize human consciousness. With mind decoupled from body, people have their consciousness stored in “cortical stacks” installed at the base of their brain, meaning they can transfer between bodies, a process known as “resleeving”.

I’ve read the first two parts of the trilogy so far. Altered Carbon is a hard-boiled detective novel with Kovacs on Earth to help solve the murder of a billionaire “meth” (a “methuselah” is someone rich enough to live forever, endlessly resleeved). Broken Angels is a war novel with Kovacs caught in the midst of a war between a mercenary army and rebel extremists, all the while attempting a heist of an alien spacecraft. I loved both of these books and am already reading part 3. As a fan of William Gibson’s work, I could feel the influence of Neuromancer in style and substance in Morgan’s writing. The novels are chock full of originality and, like all great sci-fi, full of cool technology and political intrigue.

Another one from McPhee, this one a shorter work about the New Jersey Pine Barrens — a classic example of what makes his writing so compelling. He’s the only non-fiction writer I’ve ever read who could take such a seemingly-bland geography and its inhabitants and create a book that I couldn’t put down. He strikes just the right balance of building characters out of his subjects, describing the uniqueness of the geography, and conveying the importance of the people and places.

I don’t read many outright biographies because I think they tend to be too long and focus on too many aspects of the subject I don’t care about. There’s a tendency to put too much emphasis on microscopic events in youth as extremely formative of future goals, decisions, and career moves. This one on super-magnate Elon Musk did a good job spending the majority of the time on Musk’s professional career and steps to where he is now: CEO or otherwise chief influencer of a half dozen companies and initiatives. As a creator of things, I like learning about the step-by-step processes people (or companies) take to reach goals in the face of detractors. In Musk’s case, no one else sets goals and chews away at them like him. “We need to get to Mars to save humanity” is about as Big as it gets when it comes to goal setting.

The Everything Store: Jeff Bezos and the Age of Amazon, Brad Stone. 2013.

Amazon is my favorite company to follow in the tech space these days. Apple and Google do big, cool stuff, but they can’t touch Amazon in disrupting and transforming Old World “physical” industries. From shipping, warehousing, and logistics to datacenter management and (now) artificial intelligence, they’re an awesome example of how taking the long view on a business strategy can win you the market, if you can weather the storms along the way. Somehow Jeff Bezos has been able to woo shareholders into letting him bet big on what seem like insane new ventures with all of Amazon’s earnings each year. It’s part biography and part corporate history, well-researched and thorough in telling the whole story from start to finish.

Stories of Your Life and Others, Ted Chiang. 2002

This collection is 8 diverse works from Ted Chiang, science fiction author and short story specialist. My favorite thing about this collection (I’ve never read any of his work before this) is how wildly different each piece is, and how original they are. Of the 8 pieces, each one of them is one-of-a-kind. Sci-fi tends to be derivative of itself and accretive. It’s rare that I read a sci-fi work where I don’t say “Oh, this is sort of like insert novel here”. First is “Tower of Babylon”, a literalized retelling of the Tower of Babel myth. The fascinating “Seventy-Two Letters” tells of two scientists who discover true names for creating human life. Then there’s “Story of Your Life”, a personal narrative of a linguist telling her daughter’s life story, after her perception of time is changed when she learns an alien language1. That last one’s a tear-jerker.

If you’re looking for something off the beaten path of sci-fi and thought-provoking, check this one out.

I’ve read a few of Stephenson’s other works, which are always good for an outlandish, mind-bending story. This one fits into the more traditional “technothriller” class, his take on Tom Clancy. Even though it’s a traditionally plotting thriller, he packs it dense with the trademark Stephenson flair. Who else could mix an MMORPG video game, Chinese hackers, Russian mafia, and Islamic terrorists into a single intertwining story?

This is an excellent account of Stuxnet, the computer worm built to sabotage the Iranian nuclear program. The whole story is a terrifying look at the dark side of technology when connected systems are exploited. Not only is it possible to compromise sensitive information at scale, attackers can now effect changes in the physical world by exploiting flaws in industrial control systems. The “Internet of Things” certainly presents an exciting future where any object can be connected to the web, but Stuxnet demonstrates what happens when those connections are twisted with malicious intent. 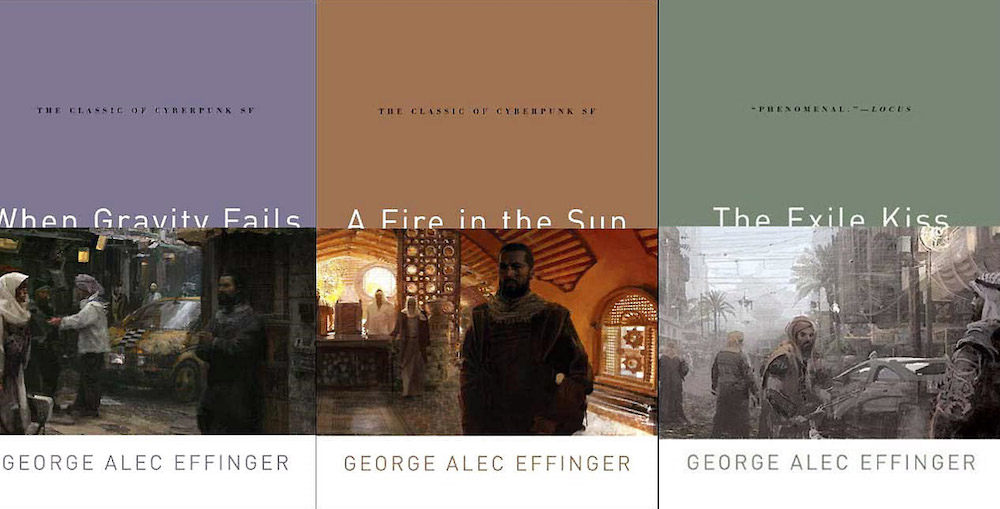 A few years back I read parts 1 and 2 of this series, and Exile wraps it up. In the same vein as Altered Carbon or Neuromancer, this series follows Marîd Audran, a hustler and enforcer in an organized crime syndicate. Effinger’s world shows a future where the Middle East is the world’s economic powerhouse, with the West in decline. Audran is framed for the murder of a police officer and stranded with his crime boss in the open desert of the Empty Quarter, and recruit the assistance of a Bedouin tribe to return and exact revenge. A fantastically original work of “cyberpunk” fiction. Read the whole series.

The Origins of Political Order: From Prehuman Times to the French Revolution, Francis Fukuyama. 2011.

Out of character for me, this was the only history book I read all year, but it was a great one. Fukuyama traces human institutions and social structures from the prehistoric all the way through to modernity, along the way analyzing the aspects that made societies form the way that they did. It’s fascinating to see the influence of geography, religion, biology, and cultural development on how government institutions developed over time. I found the time he spends discussing state structures in China and rule of law in India to be the most interesting bits of this book, since those subjects are largely invisible in civics education in the West. How someone can research and write something so extensive, I have no idea. There’s a second part called Political Order and Political Decay that I’m interested in reading this year.