When I read Cal Newport’s Deep Work a few years ago, one of my favorite ideas in the book that I keep coming back to in conversations is the idea of “busyness as a proxy for productivity”. Here’s how he puts it:

In the absence of clear indicators of what it means to be productive and valuable in their jobs, many knowledge workers turn back toward an industrial indicator of productivity: doing lots of stuff in a visible manner

We’ve all worked with violators of this. People that always have fully-booked calendars, can never find a time to get tasks done, and constantly talk about how busy they are. One of the reasons people do this, whether subconscious or not, is that in the world of knowledge work, it’s seen as a virtue to be busy. “Man, that guy is always in high demand, it’s impressive how many things he’s doing every day.”

But behind the scenes, the impact of each unit of time spent “being busy” is miniscule. It’s a classic mismanagement of time and attention, but one that has obvious roots given the incentives in business to be seen. And when a behavior is rewarded, in this case with attention and sometimes even respect, it perpetuates. 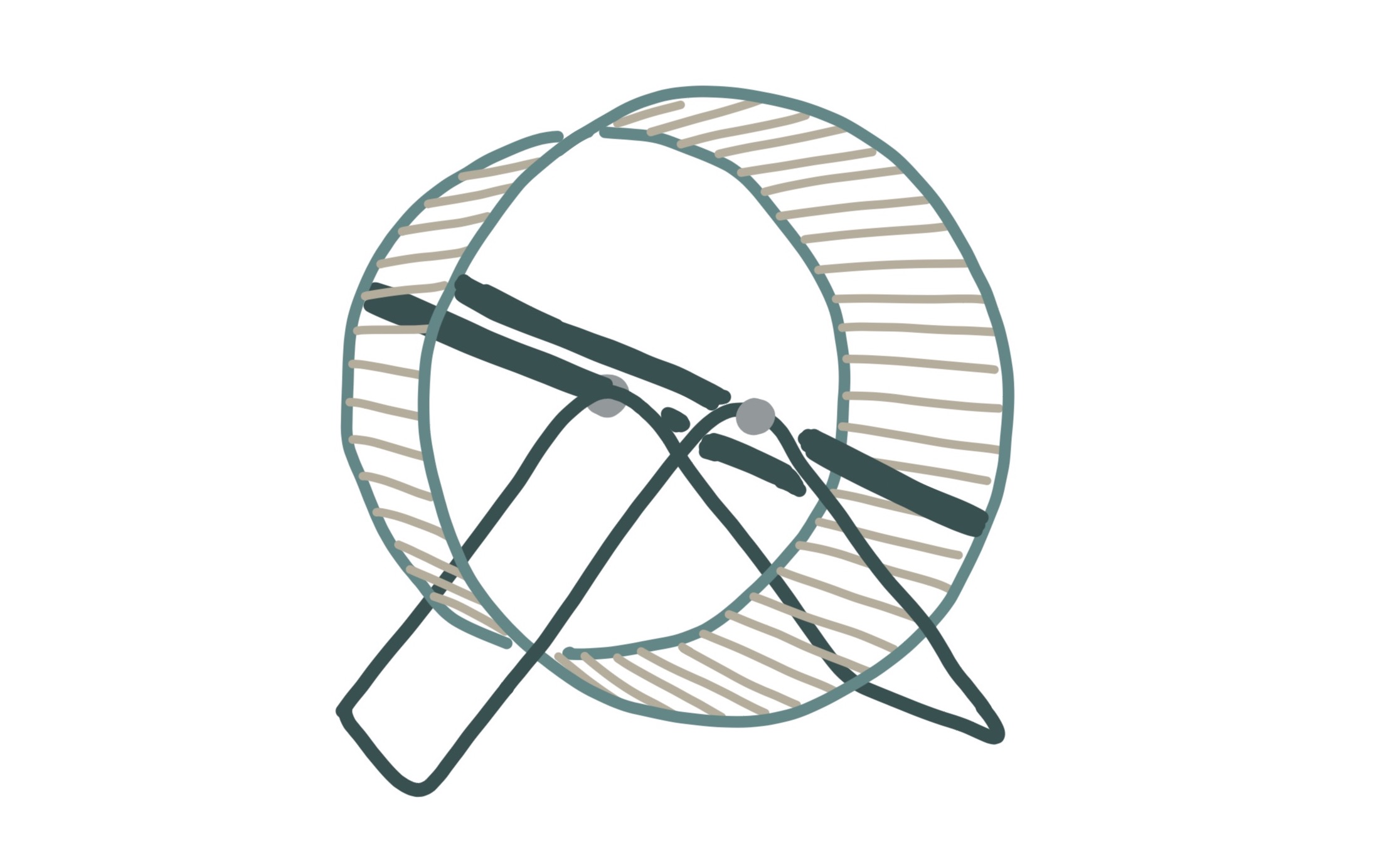 So let’s talk about motion. Busyness is a form of motion, usually described in an individual context. Motion and progress are terms that apply more at a team or organizational level. What is progress anyway? Clearly progress isn’t just “Stuff Happening.” There’s got to be an outcome for any of it to be worth it. There should be specific and consistent directionality to goals, and measurable steps to get there.

The motion of the team doesn’t necessarily tie back to an outcome anyone cares about, though.

One example where this happens in practice is the infamous Recurring Coordination Meeting — the Standup, the Check-In, the Sync Meeting. Someone sets up a weekly recurring meeting, often with few specifics as to the outcomes expected from each one. In subsequent weeks, the team now pulls itself away from other duties to distract itself with Another Meeting. Now I’ve rarely met anyone who enjoys these kinds of meetings in the absolute sense. At best we tolerate them, or see them as some form of ritual necessity. But so often some initial hangup or friction point triggers someone to decide “we need to stay in sync on this topic”, and they make the Check-In Meeting. In a snap we’ve committed several people to an unknown number of future hours for an often poorly-defined expectation. We’d have been better off with one-off meetings until we feel the team going wayward again, if we need to regroup.

An aside: I remember an anecdote about Tobi Lutke, CEO of Shopify periodically deleting all recurring meetings to reset commitments. Like a brushfire routinely clearing the corporate undergrowth of recurring time-sinks that may have long since outlived their usefulness.

But let’s get back to the “motion” piece of this. You’re now meeting once a week on a subject, and because the time since the last one is so short, you end up discussing the same topics again and again. You run through a loop with each meeting, repeatedly discussing the same things, with a tad more detail each time. Because we’re touching the topic regularly, sometimes beating the same topic to death in more than one of these meetings with different permutations of attendees, we feel like we’re “doing a lotta stuff”. We’re moving around, Trello cards are getting edited, Jira tickets are moved up and down the list, a few commits get made. But none of these motions are, necessarily, indicators of actual forward progress along the line we want. They might be, but they just as likely make us feel like we’re making progress when we’re really not.

I can get in the car and drive around the block over and over. Motion is happening, but am I getting anywhere?

Just measuring ticket throughput, or cycle time, or stories-per-sprint, or any other metric doesn’t mean you’re making progress in any meaningful sense. Those metrics might be directionally positive, but are they doing the thing you think they’re doing?

It’s imperative to have good yardsticks by which to measure progress, rather than motion.