I have a bone to pick with recurring meetings. They’ve become a scourge that’s been amplified with fully distributed teams. What may start with clear intent as a space for a team to coordinate continuous work eventually devolves into a purely ceremonial affair. And they’ve gotten 10x worse since the pandemic turned every meeting into a remote one. This effect was visible long before COVID, but I think remoteness has magnified the negatives without adding any positives. 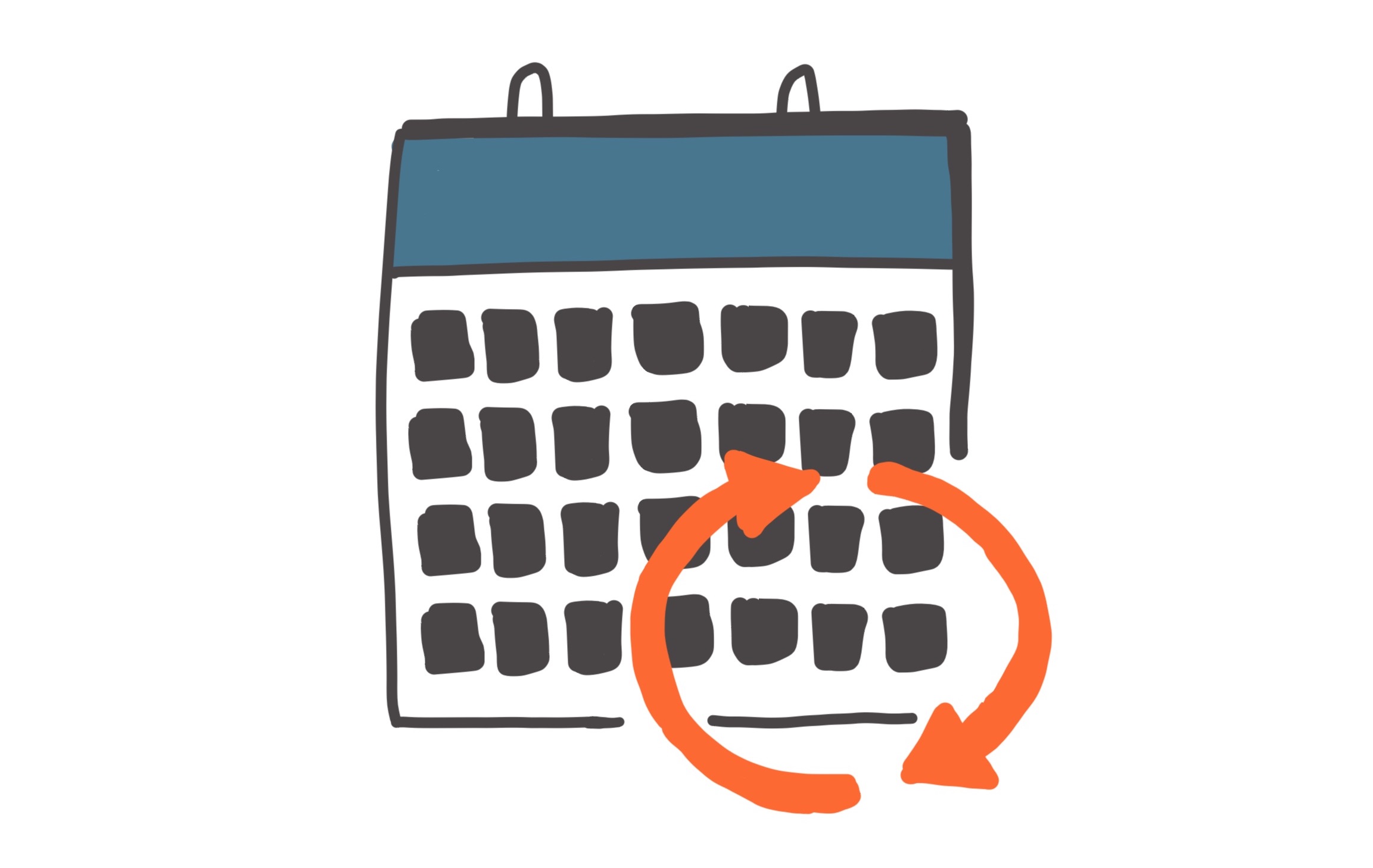 Since no one has to book a conference room, the bar to generating tons of ceremony “sync” sessions has dropped to the floor. Even worse, remoteness makes a bloated 15-person meeting not feel any bigger than the 4-person meeting it should’ve been. In person, the bloated attendee list would be an obviously bad idea — very few meetings should leave some attendees with standing-room-only.

These meetings show up on the calendar with positive intentions. A subset of folks from different teams might need to regularly stay in touch with one another on specific projects, or perhaps there’s always some active work to be coordinated. Maybe it’s a stand-up intended to be a high-signal-per-minute short session to sync team members as quickly as possible1. There are good reasons the repeating function exists. But it’s overused. The decision to spawn a cross-functional recurring meeting isn’t considered deeply enough in terms of the cost, and the long-term purpose. Almost every time I’ve seen one appear on my calendar, there’s triggering project or event that compels someone to create it.

The “value per minute” of a recurring meeting might start high, but it decays over subsequent weeks. It’s like there’s a half-life on the value of a particular meeting, with its potency to get work done and problems solved waning substantially by month 3. But why does this happen so often?

For one, they’re too easy to create, and too hard to cancel. It requires the team as a whole to fundamentally not want to have the meeting, to be in favor of a meeting because it needs to happen. Gradually the utility : time ratio degrades, people get less and less out of their weekly session and are less engaged, just going through the motions. The whole group (especially meeting-originators) need to be on the lookout for ways to obsolete the need for having the meeting in the first place. I liked this from Aakash Gupta on Twitter, who says “meetings are like gravity”:

You have to constantly be outrunning them.

Usually, formerly good meetings hit a point where either:
· too many people attend
· or, not enough progress is made

They lose their “value per minute.”

Different personalities and roles have differing preferences for what medium to use for each type of work. Some will always lean toward a meeting to communicate. Some want long-form writing. Some like incessant email chains. Choosing the right medium is Step One to escaping the recurrence gravity well. To quote myself from a previous post, meetings are just one medium for communicating and getting work done. A core contributor to “meeting fatigue” is when we’re choosing the wrong medium for work:

I know when I find myself in a useless meeting, its “meetingness” isn’t the issue; it’s that we could’ve accomplished the goal with a well-written document with inline comments, an internal blog post, an open-ended Slack chat, or a point-to-point phone call between two people. Or, alternately, it could be that a meeting is the optimal medium, but the problem lies elsewhere in planning, preparation, action-orientation, or the who’s who in attendance.

So what to do?

I recall this interview with Shopify founder and CEO Tobi Lutke. He mentions how they periodically mass-delete all recurring meetings from the corporate calendar:

That was a tangent, but to get back to the question you asked, we found that standing meetings were a real issue. They were extremely easy to create, and no one wanted to cancel them because someone was responsible for its creation. The person requesting to cancel would rather stick it out than have a very tough conversation saying, “Hey, this thing that you started is no longer valuable.” It’s just really difficult. So, we ran some analysis and we found out that half of all standing meetings were viewed as not valuable. It was an enormous amount of time being wasted. So we asked, “Why don’t we just delete all meetings?” And so we did. It was pretty rough, but we now operate on a schedule.

I don’t know if this is apocryphal or real, but it’s an interesting experiment in refocusing. Like a brush fire that clears the undergrowth for new life.

A few things we could do to minimize meetings, to force more thoughtful selection of medium for the message:

Tyler Cowen says “context is that which is scarce”, meaning that we’re never lacking in information in our modern lives, but the means to make productive use of the information. Meetings often stem from people lacking context. The craving for context — to have a window into what’s going on, why it’s happening, and what to do next — generates temptations to “set up a quick meeting”. And if we know something is too big a topic for a single session, it’s too easy to say “let’s sync up weekly on this”.

A lot of coordination between people is about setting or sharing context. “Syncing up” is about sharing context. You can lean on recurring meetings to share context, which is occasionally okay if meeting trade-offs are worth it (in time required, efficiency). But sometimes we choose the wrong method for context-sharing between teams, and the need for too many meetings is merely a symptom of poorly-communicated context.