On this edition of Places is the Mergui Archipelago, a string of coastal islands off of southern Myanmar in the Andaman Sea. 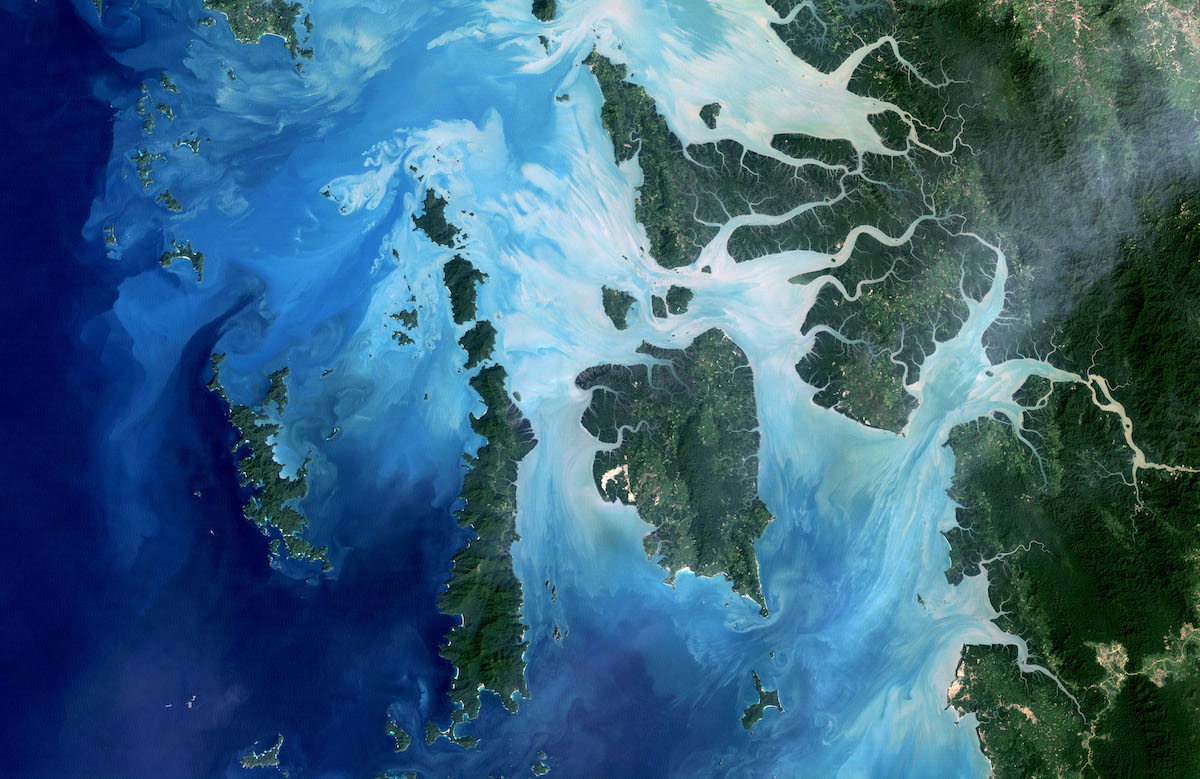 I saw this image a few years back on NASA’s Earth Observatory feed. It’s an amazing snapshot from Landsat 5 that shows gorgeous colors from the silts and sediments emptied at the mouth of the Lenya River. The tidal motions make the colored sea water smear across the image like an oil painting. I also love the dendritic patterns of the streams and tributaries on the islands. They give a sense of scale to the archipelago (it’s a lot longer north to south than what the image shows).

Also found this interesting piece of trivia from Wikipedia:

In the 1965 James Bond film Thunderball, Ernst Stavro Blofeld demands that NATO pay the international criminal organization SPECTRE a ransom of white flawless diamonds worth £100 million to be deposited in the Mergui Archipelago off the coast of Myanmar.

One of my favorite Bond films!