Yesterday evening I attended a community meeting in our neighborhood on the tidal resiliency plan the City of St. Pete is putting together to combat the periodic street flooding we get during high tidal or rainfall events.

The city planning folks in attendance were showing maps of the neighborhood and projected areas of high water during these events. The crux of the issue in Shore Acres is that during spring tides, water from the bay pushes back up the storm drain pipes and comes out the streetside storm drains in some of the lower intersections in the neighborhood. Parts of Shore Acres are like a bowl — the inside actually lower than the outer rim. With such low elevation all around, even a couple inches of difference can mean water covering the entire roadway or a homeowner’s yard.

Streets around our house can get bad: 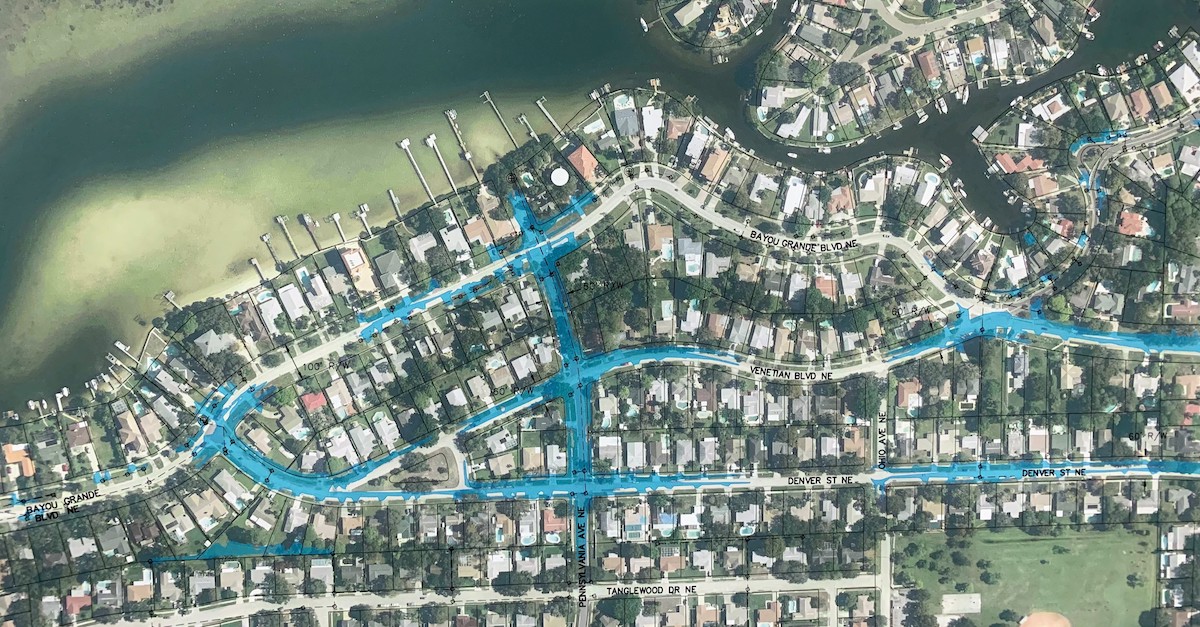 This graphic makes it look worse than it usually is. Even in high tide + high rainfall combo events, it isn’t this extreme. This is a projection of 30+ year storm events. It does definitely get wet out there, though.

With all of the studies and survey work they’ve done the past few years, the group presented a host of projected improvements that could be done to alleviate the problem — including bioswales, roadway elevation, force mains, pump stations, and even some aquatic plants (grasses, mangroves) out on the sand flats to reduce wave action.

Near our house would be a little bit of everything, if most of the plan goes through. I’m sure they’ll only end up doing a small fraction of the most critical improvements. The full scope of proposed options looks expensive. Most importantly, near the worst of the flooding on our route out of the neighborhood, they’ve proposed a pump station and force main to be installed in a piece of public land in the intersection: 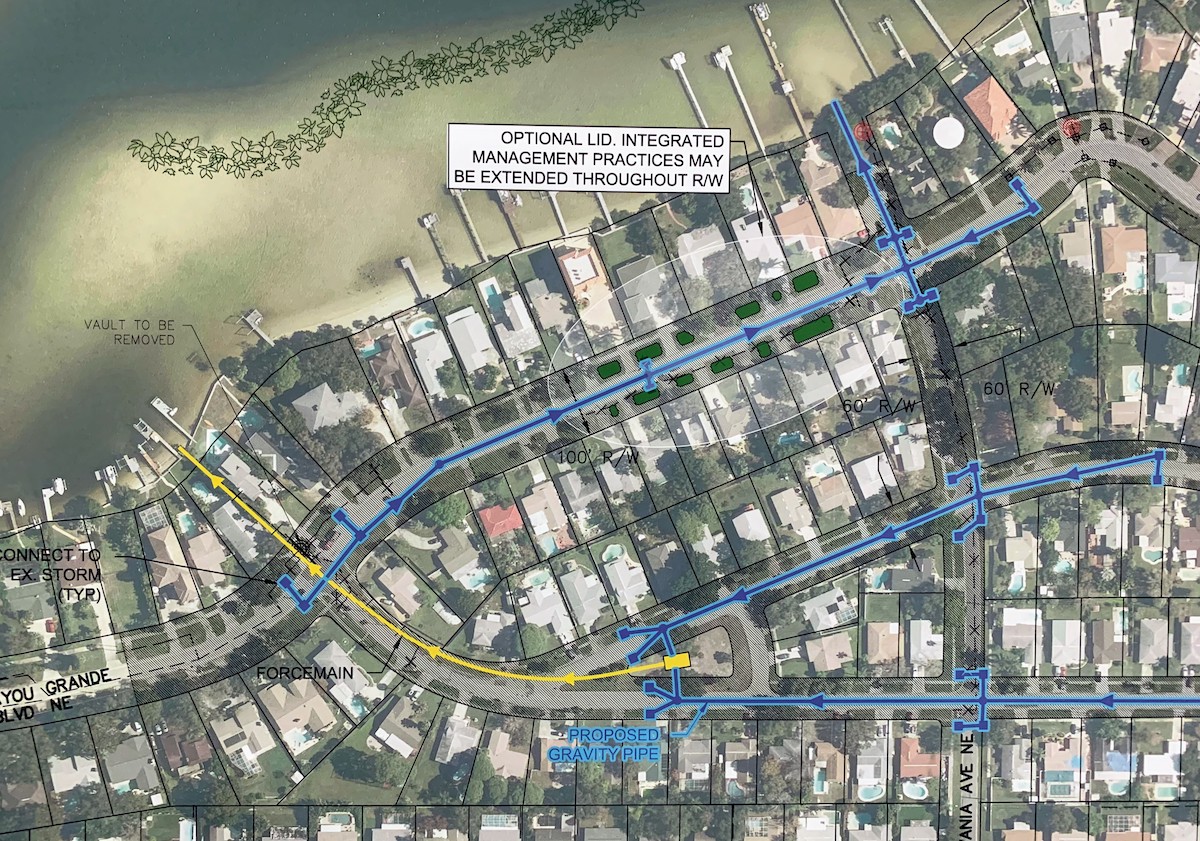 This would be a major overhaul to a decades-old problem of street flooding in Shore Acres. A long overdue bunch of improvements to keep everyone safe and able to get out of the neighborhood if needed.

The City’s overview map of the area really shows why this is a problem. The entire neighborhood was once an estuarine marsh that was essentially converted into manmade “islands”. 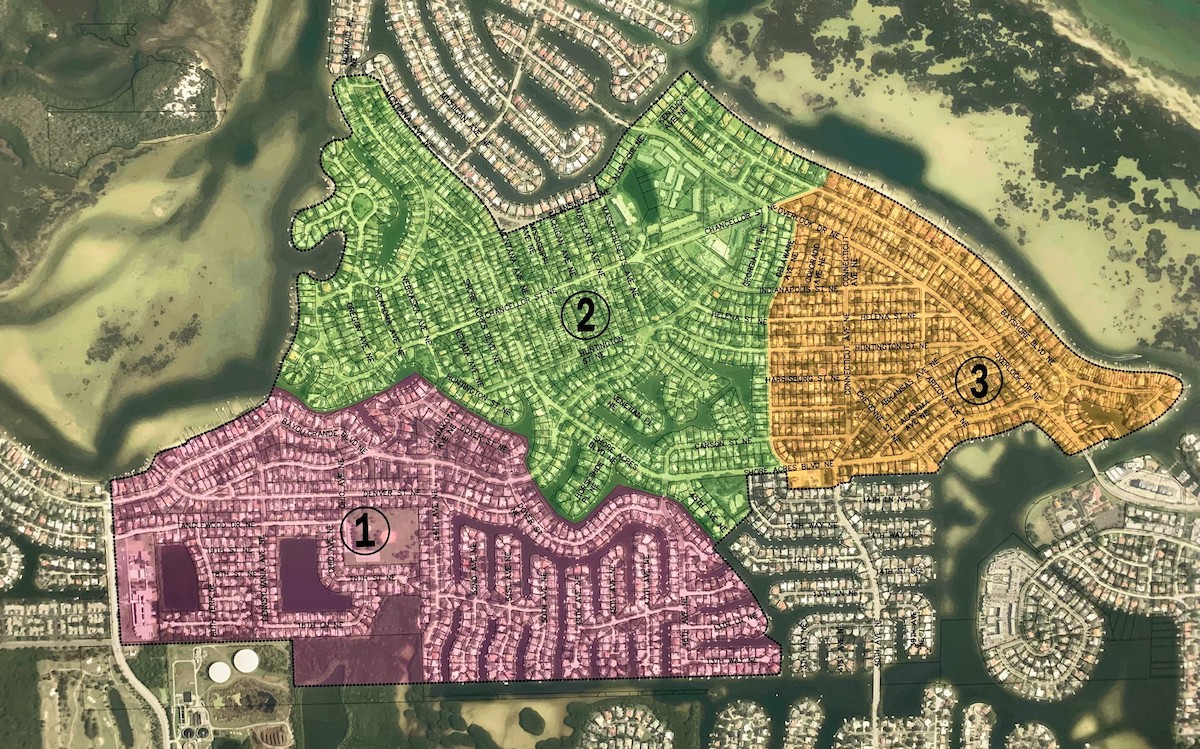