We took the kids over to Kennedy Space Center on Saturday on the way up to Jacksonville. A quick stopover in Titusville Friday night then morning over at the Cape. 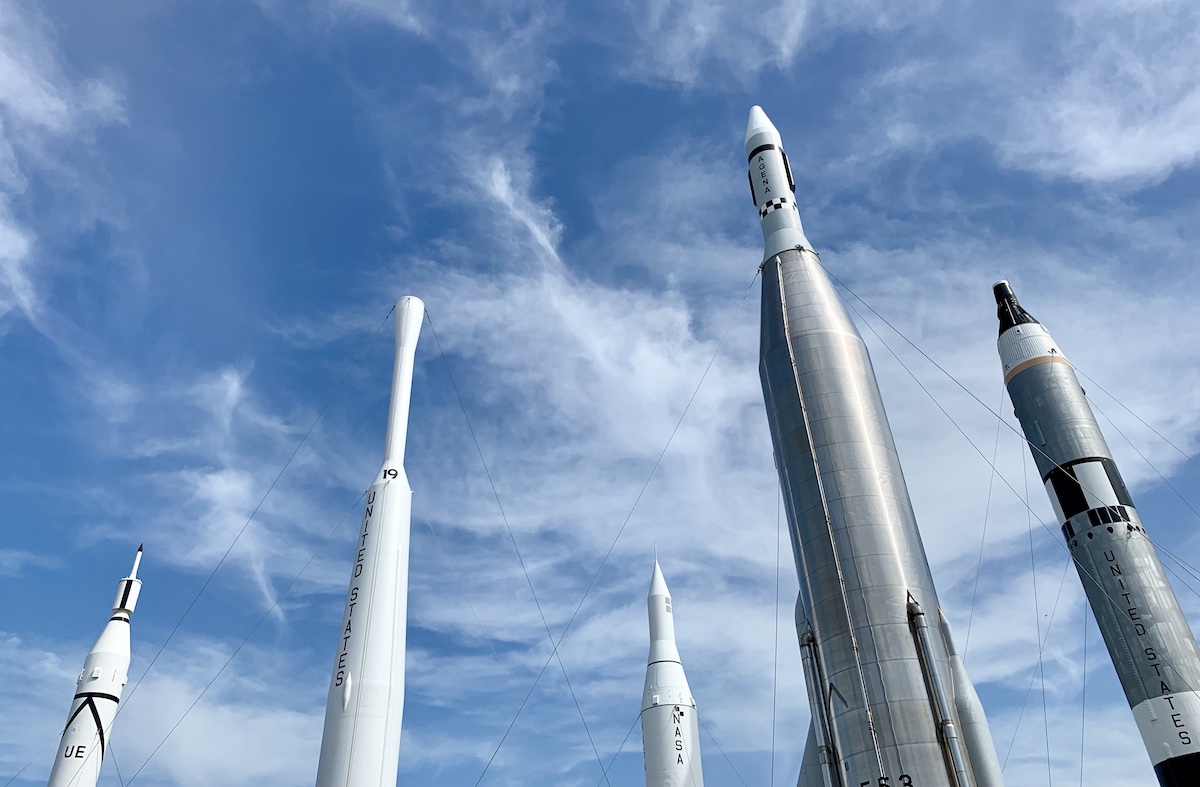 I always loved visiting KSC when I was younger. We had the opportunity to go and see multiple launches over the years, including a couple of Space Shuttle launches. Visiting again brought back memories since they’ve got several things there that haven’t changed much over the years. On the way in you get to walk through the Rocket Garden, which showcases some of the rockets of NASA’s past programs including the Redstone and Atlas rockets from Mercury, the Titan from Gemini, and the Saturn 1B from early Apollo lying prone in the back. Of course the kids loved the chance to sit inside the Mercury capsule. 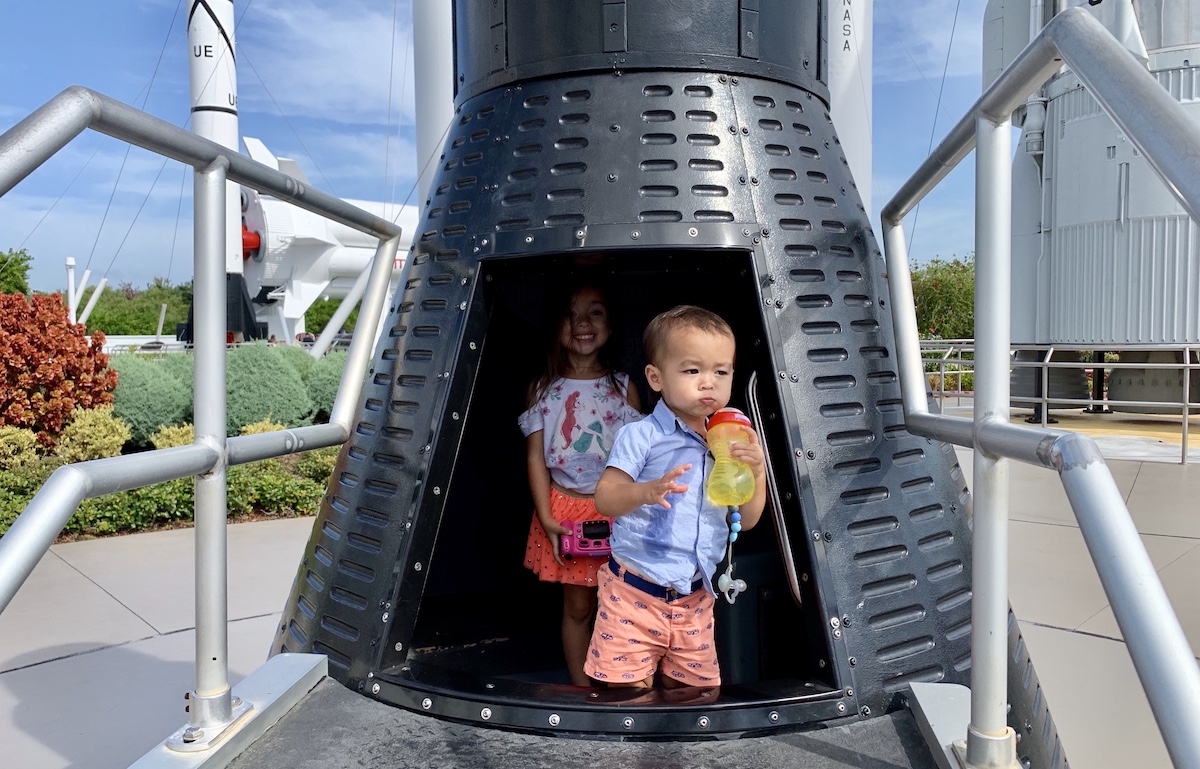 There’s a new (since my last visit) exhibit called “Journey to Mars” where they’ve got a nice presentation on the past and future of Mars exploration missions. The highlights here were the replicas of Sojourner, Spirit, Opportunity, and Curiosity. It’s amazing in that display to see the increasing size and complexity of robotics we’ve been able to successfully land and use on Mars. Makes you wonder what we’ll do next. 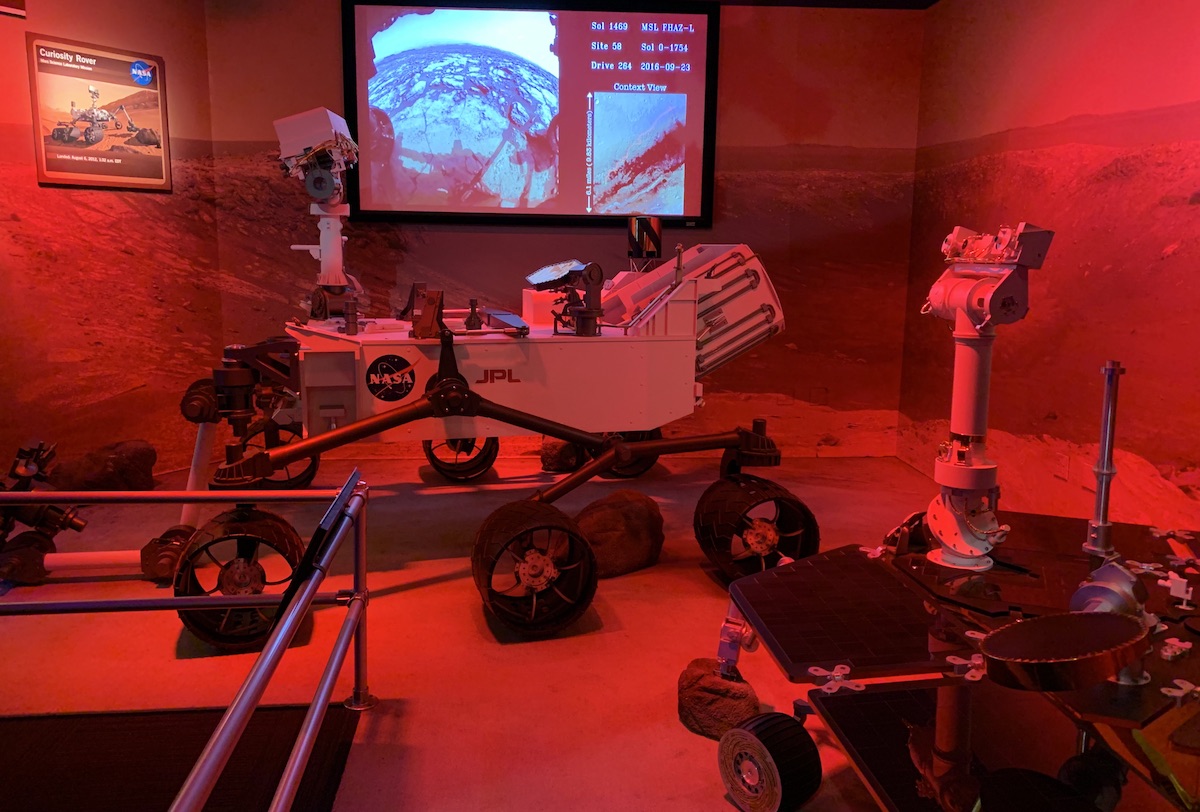 One of the other classics from when we used to visit as kids is the astronaut memorial. There’s nothing terribly spectacular about it, but it’s an important reminder of the sacrifices made throughout the nation’s research, experimentation, and launch attempts to explore space. We had to go check this out for nostalgia’s sake. I still find it impressive and it reminds me of the times when our manned space program was active and astronauts were like mini celebrities. 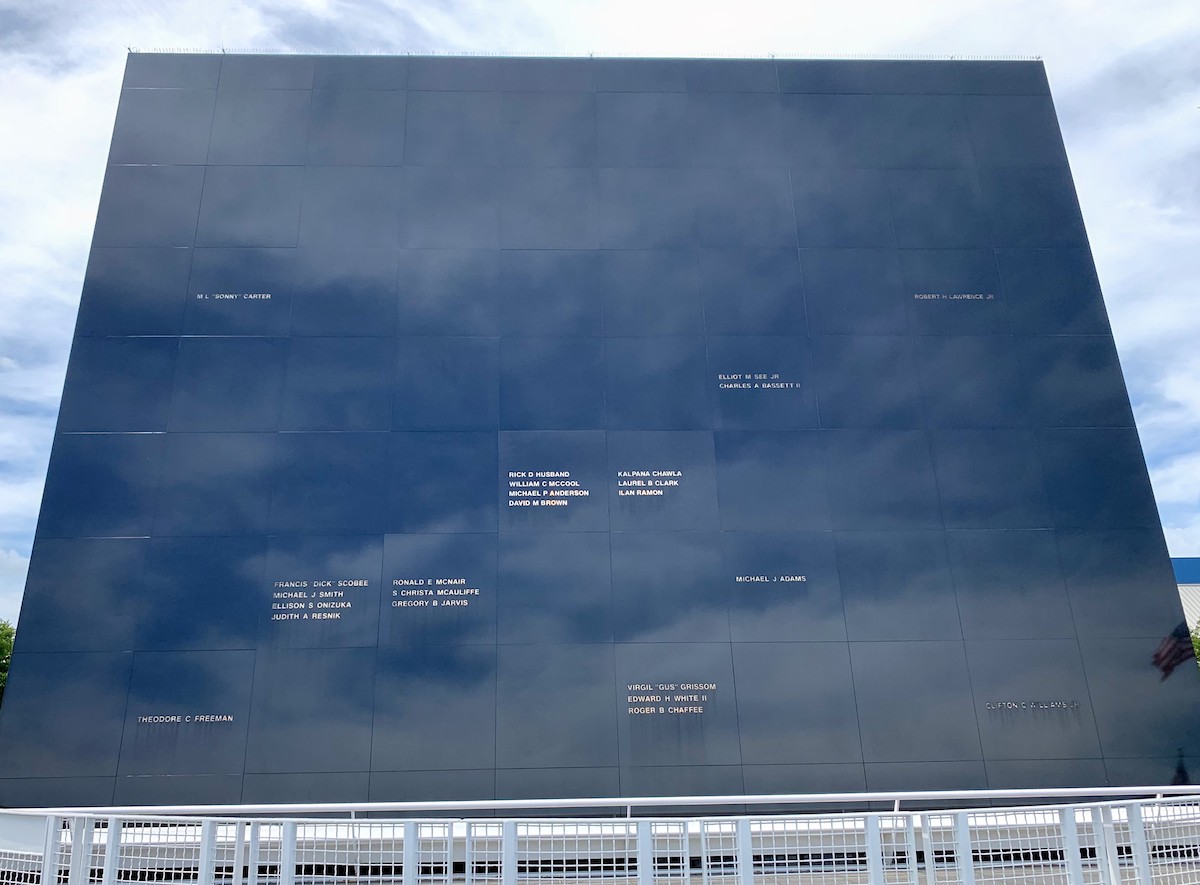 The last part we checked out was the new Space Shuttle exhibit with the old Atlantis orbiter on display. It reminded me of how advanced the shuttle really was for its time, as a technology of the early 80s, and also how large the orbiters were. In hindsight the whole thing seemed pretty impractical, but the set of dozens of exhibits serve as a reminder of all the amazing things that were enabled by routine trips to orbit by the Space Shuttle. It was cool to get to stand up close to something that went into space 33 times. 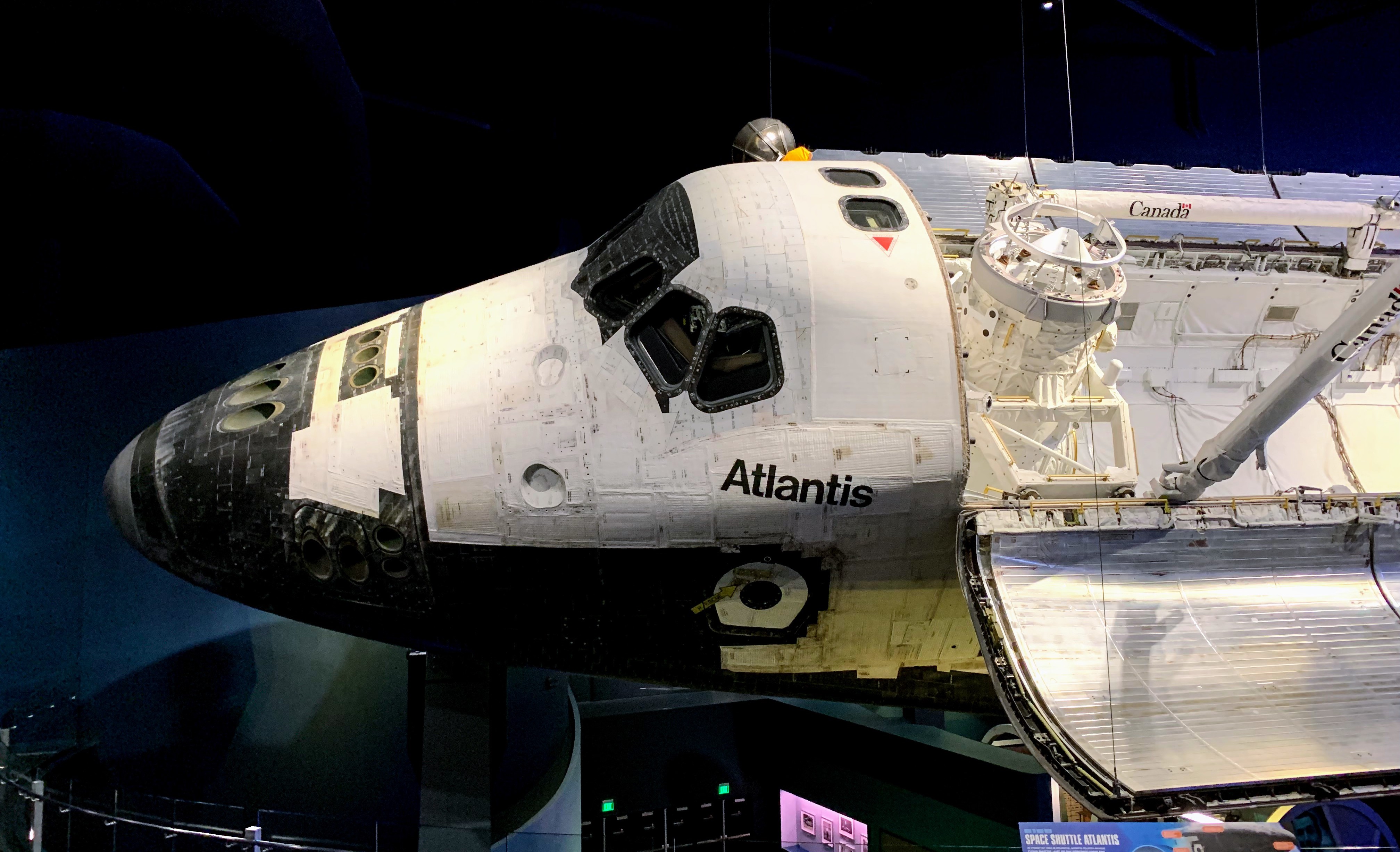 For our next visit I’d love to go out to the Saturn V exhibit, to which you have to take a bus tour. Maybe it’d be a better time then for the kids to get out on the deeper tour that takes you to the VAB and the launch pads. I always loved getting to see that stuff.